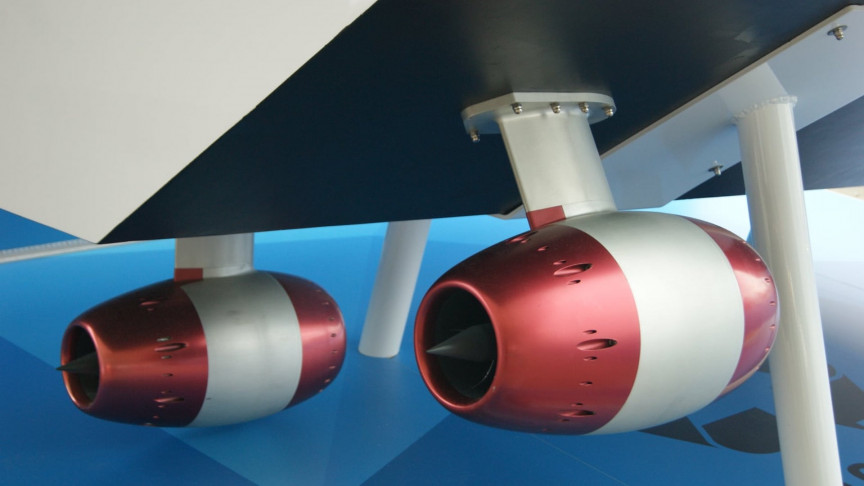 The new 500kW motor — called the DS780 — has 1500 Nm (Newton-meters) of torque a peak power thrust equivalent to a 780 horsepower engine, the team behind the technology explains.

A smaller but still high power DS420 is also in development with a power rating of 220kW, a torque of 560 Nm, and a 420 hp equivalency. Both hydrojet models are set for a 2021 release date.

The company, which is now under the umbrella of parent company Sealence, announced it will focus on higher power hydrojet motors for luxury yachts and large commercial boats — that means development has been paused on the company’s other in-development model, the 120e, to focus on the DS780 and DS420.

In a recent interview with Motor Boat & Yachting, DeepSpeed founder William Gobbo said the “longer-term goal is to offer a complete hybrid electric drivetrain package that includes a modular system of expandable lithium-ion batteries, solar panels, a diesel range-extender and a range of different DeepSpeed jets all controlled by a single Smartbox. This will enable it to power a wide range of different craft from 9m to 24m.”

The DeepSpeed outboard electric hydrojet has a similar design to a rim motor — instead of having blades attached to a central hub, the blades are attached to the rim of the housing, and water flows through the middle.

One of the main advantages for these types of motors over traditional hub propellers is that they are less affected by the decline in efficiency caused by ‘tip loss’.

‘Tip loss’ is an issue caused by the fact that prop blades move faster at their tips than they do closer to the hub (as they cover more distance in the same timeframe). As rim motors’ blades are attached to the rim housing, this isn’t a problem.

DeepSpeed’s research actually shows that their motors become more efficient at higher speeds. The faster the boat goes, the more water is forced into the jet, increasing its overall efficiency. The hydrojets can also be optimized for the speed demands of different types of boats.

As the motor is located outside the hull rather than inside it, there is a reduction in noise and vibration for passengers. This also means that no additional cooling system is needed on the boat.

The DeepSpeed hydrojets are also encased by a long tunnel surrounding the rim setup, giving it the appearance of a turbine for a jet engine.

In his interview with Motor Boat & Yachting, William Gobbo said “the aim is to drastically cut energy consumption but still increase navigation speed without noise emissions and avoiding the pollution of both water and air.”

Since first devising his electric hydrojet concept in 2007, Gobbo and DeepSpeed have come a long way: the company now boasts 10 design engineers, 3 professors, and a Formula1 H20 powerboat racing pilot for testing.

DeepSpeed’s ambitious plans, if successful, could electrify and revolutionize the motorboat and yachting industry, and sees it join other initiatives and companies aiming to make transportation by sea sustainable.