Cracking The Puzzle of The World’s First Computer: Antikythera 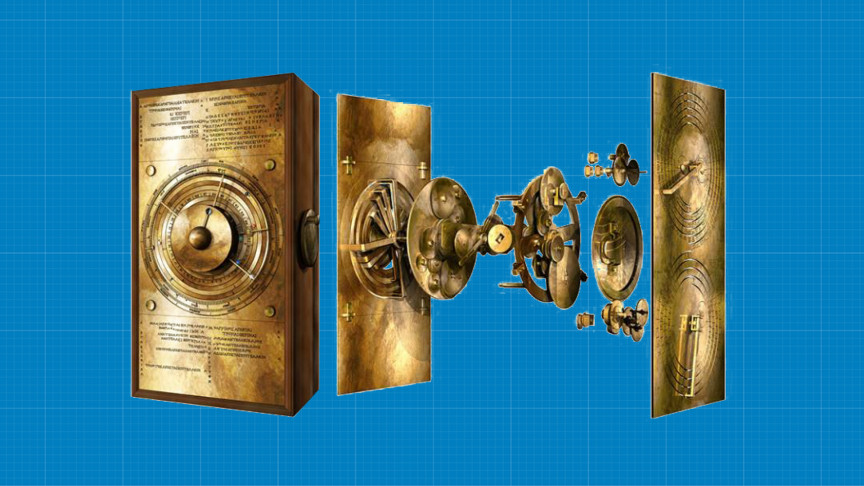 Researchers at University College London believe they’re on track to solve the mystery of the “world’s first analog computer,” the Antikythera mechanism, a remarkable astronomical calculator from the time of the Ancient Greeks.

The team created a modern replica of the device, a “mechanical cosmos”, to test their hypotheses on the workings of the machine, a UCL press release reads.

“Ours is the first model that conforms to all the physical evidence and matches the descriptions in the scientific inscriptions engraved on the Mechanism itself, explained lead author Professor Tony Freeth.

“The Sun, Moon and planets are displayed in an impressive tour de force of ancient Greek brilliance.”

Ever since it was first discovered by sponge divers over a century ago, scholars have been mystified by the exact workings of the device. Unfortunately, as a Guardian report explains, only a piece of the hand-powered machine was recovered, with two-thirds of it never having been found.

To make matters worse, the device survives in 82 separate fragments, recovered from the ocean bed.

Still, thanks to a built-in manual found with the machine as well as years of combined research from several groups of scientists, it was discovered that the 2,000-year-old device displayed the motion of the universe.

The machine predicts the movement of the five known planets in Ancient Greece — Mercury, Venus, Mars, Jupiter, and Saturn — as well as the phases of the moon and the solar and lunar eclipses.

The mystery remains, however, as to how exactly the machine was able to predict these astronomical events.

A modern replica of an ancient astronomical machine

The UCL researchers built on years of scientific research to build their replica and run experiments, shedding new light on the mysterious machine.

In their study, published in the journal Scientific Reports, the team describes how they drew on existing scholarship. Of course, as only one-third of the device was ever recovered, much of the team’s replica was built on deductions.

“We believe that our reconstruction fits all the evidence that scientists have gleaned from the extant remains to date,” Adam Wojcik, a materials scientist at UCL told The Guardian.

The team used inscriptions on the mechanism and a mathematical method described by the ancient Greek philosopher Parmenides, to work out the gear arrangements for their replica. Their solution allows almost all of the mechanism’s gearwheels to fit within a space only 25mm deep.

The researchers believe the mechanism may have displayed the movement of the five known planets on concentric rings. As the machine assumed the Earth was at the center of the universe, their paths were much more difficult to reproduce with gearwheels.

Some of the technologies used for their replica — namely lathes — were likely not yet invented at the time the Antikythera mechanism was built, the researchers say — a potential issue when it comes to future tests aimed at discerning their model’s authenticity.

In the future, the team aims to build another replica — including the machine’s more than 30 bronze gearwheels, connected to dials and pointers — with techniques from antiquity.

“This is a key theoretical advance on how the Cosmos was constructed in the Mechanism,” Dr. Adam Wojcik explained in the UCL press release.

“Now we must prove its feasibility by making it with ancient techniques,” he continued. “A particular challenge will be the system of nested tubes that carried the astronomical outputs.”

Despite the UCL team’s progress, mysteries still remain about the ancient machine. The researchers wonder, for example, why such advanced technology wasn’t extended to build other advanced technologies in Ancient Greece, such as clocks.