Covid-19 has resurrected the woeful tech of home printers 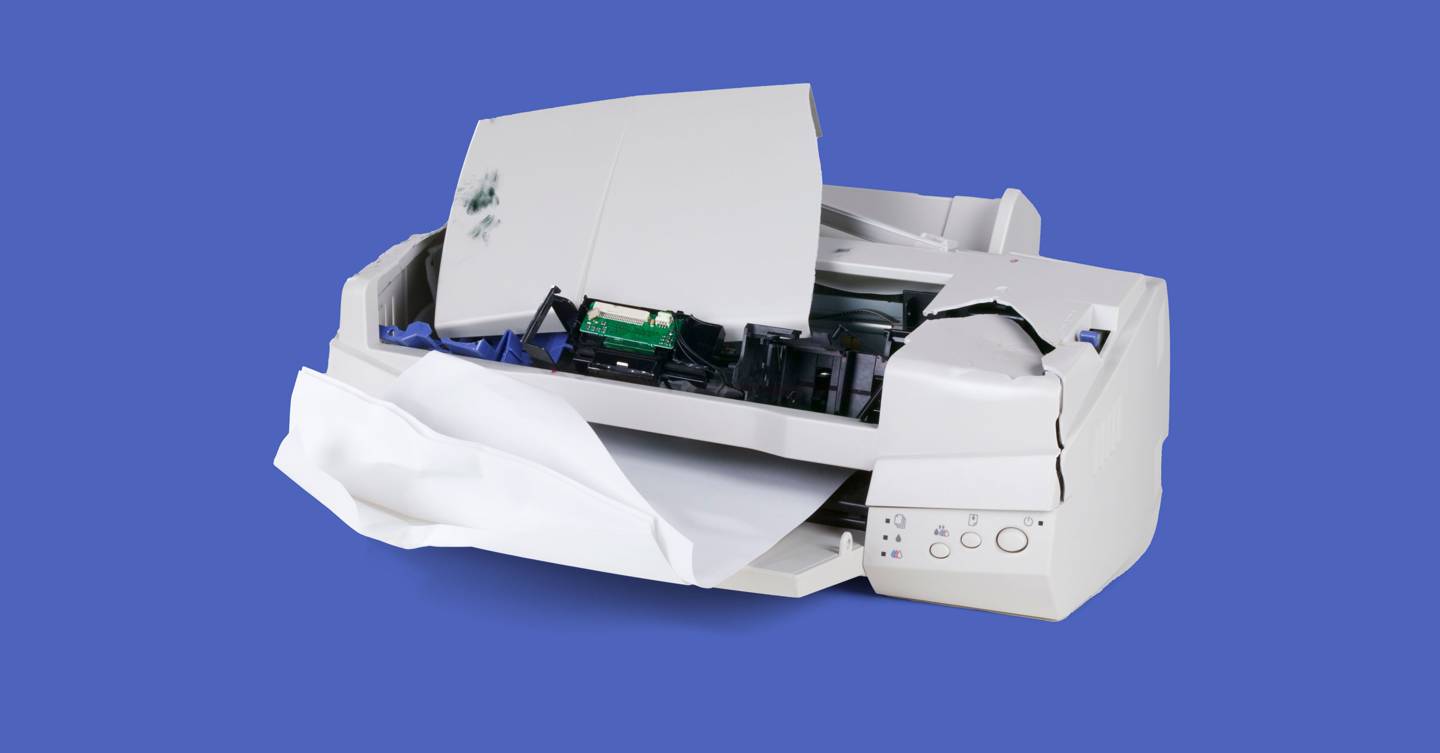 Paper jam. Ink low. Driver error. Home printers are one of those products you perhaps mainly notice when something goes wrong. But as the Covid-19 pandemic hit the UK earlier this year and people began stocking up on lockdown essentials, the home printer found itself newly appreciated alongside other must-have items such as loo roll and baking supplies.

“From April onwards, when we went into this sort of lockdown, there was a huge surge in demand for printers at home,” says Phil Jones, UK managing director of Brother, which makes home and office printers among other devices. From around April to June, Jones says, Brother saw a surge of 30 per cent in sales of its mono laser printers, and 42 per cent in sales of colour laser printers. Judging by the price point and size of the models, he adds, it is highly likely these ended up in a home environment.

Other printer manufacturers tell similar stories. “We’ve been rushed off our feet trying to keep up with the spike that we saw, certainly at the beginning of lockdown,” says Alice Ramsden De Gómez, product manager at Epson UK. Google Trends shows a sharp rise in UK search interest for the term “printer” in late March, with search queries remaining higher than last year.

One obvious cause for the sudden increase in interest is the pivot to work-from-home: banished from the office, people who needed access to a printer for work may have rushed to buy one. Another major factor, says Gary Tierney, HP’s UK & Ireland print lead, is home-schooling, with parents wanting to print out handouts and worksheets to educate their children, or simply keep them entertained away from the screen.

For Tierney, the surge shows the enduring importance of the printed page, even in an increasingly digital world. “The shift to work-from-home and learn-from-home, and the impact of the pandemic, has pretty much changed everything – and for us, certainly shone a light on how essential print is in that new world,” he says.

“As soon as we’ve been able to get printing stock, it’s sold,” says Ed Connolly, chief commercial officer of Dixons Carphone. And it hasn’t just been printers; overall, Connolly says, sales of peripherals – including printers but also things like headsets and webcams – are up 460 per cent year-on-year, with all pricing segments, from entry level to “prosumer”, seeing growth. Sales of small-screen TVs also grew – people were using them as second monitors in their home-office setup.

Fulfilling the increased demand for printing goods posed a challenge, with supply chains affected by the pandemic and stock sometimes hard to come by. Ramsden De Gómez says Epson has had to be agile in terms of ramping up production in different regions and diverting stock to where it was needed.

Jones says that Brother was actually better prepared for a UK surge in demand than it otherwise might have been owing to Brexit preparations. Uncertainty over how Brexit might affect supply led the company to build up its warehouse. “So we were carrying a little more stock than we might normally carry, which actually went to our benefit,” he says. With interest levelling off, but still higher than usual, Brother is working to meet pent-up demand, with some printers out of stock.

In terms of the models and features people are most interested in, the printer makers reported increased interest in all-in-one models that offer scanning and copying as well as printing. Tierney says that form factor is increasingly important, with customers wanting models with a smaller footprint, such as HP’s Deskjet 3700, which claims to be the world’s smallest all-in-one printer.

Wi-Fi connectivity is now almost considered the default, says Jones, with users wanting to be able to connect wirelessly and print from all of their devices, including smartphones. One thing that surprised him was a spike in interest in A3-capability, which he thinks may be down to home-learning applications.

Ramsden de Gómez sympathises with the frustration of printer errors, but says that the technology has become a lot more reliable compared to the early days of home printing. She also thinks that people are now more willing to invest more in quality: “It’s less of a disposable item now, people are thinking ‘how long is this going to last for?’”

Current innovations are focused on ink, with increased sales of printers that have refillable ink tanks instead of using cartridges (although these still make up a small fraction of the total market). Ink subscriptions are another area that manufacturers see as growing in the future, with customers opting to pay for ink cartridges on a regular basis or get them automatically delivered when the printer is starting to run low. “Making print a utility will probably be the trend moving forward for the home environment, so you treat print much like you would your energy,” Jones says.

It’s too early to tell whether the Covid surge in home printing will result in long-term market growth, but meanwhile consumer trends may offer an interesting insight into the changing economy. Connolly says that Dixons Carphone has noted surges in other home goods as people are spending more time at home, including coffee makers and vacuum cleaners. “Floor care is through the roof,” he says. “It just gives us that little window into how people are engaging with tech in a different way and the different requirements that our customers have now.”

One intriguing observation from Jones was increased interest in one of Brother’s mobile printers, the PJ-773. This is a thermal printer, which prints onto thermochromatic paper and is designed for on-the-go use, for example for home contractors to print invoices or quotes on the spot. Normally Jones would have expected sales of this model to fall off a cliff, what with fewer people visiting in the home, but sales have been strong. “We have seen a surge in sales of that little printer,” Jones says.

The reason? A couple of years ago Brother realised that its PJ thermal printer range had become a favourite in another industry: tattoo artists were using it to make stencils of their designs. Jones puts recent demand for that printer down to this use case. “Clearly the tattoo artists and the tattoo sector have been very, very busy,” he says.

Vicki Turk is WIRED’s features editor. She tweets from @VickiTurk