COVID-19 Advanced Hurricane Hunting – A Bright Side to the End? 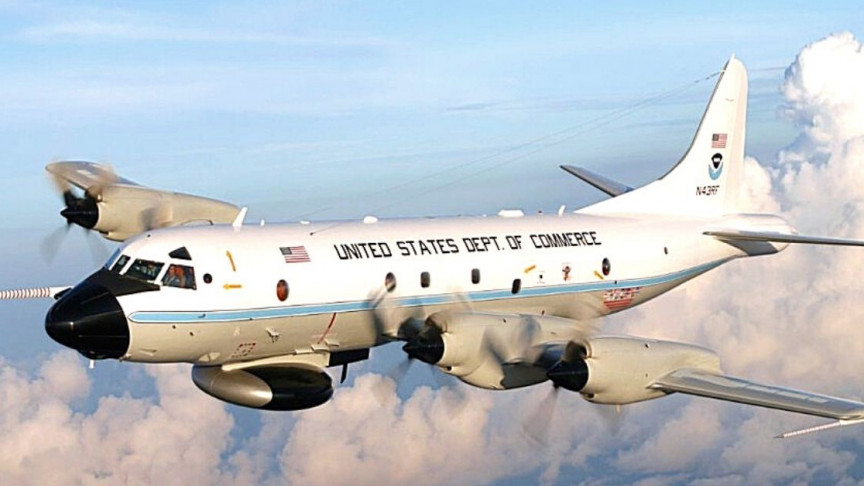 A year before Hurricane Laura hit, hurricane hunter aircraft were filled with meteorologists who ceaselessly analyzed atmopheric data. Last August, nearly all of them were landlocked.

Now hurricane hunters work outside of the aircrafts themselves — thousands of miles away, interpreting the data from their homes — using new software developed the necessity of the COVID-19 pandemic, according to an initial report from local news service.

RELATED: NEW FOOTAGE FROM INSIDE A HURRICANE HUNTER’S PLANE SHOWS THE EYE OF IRMA

Systems aboard the National Oceanic and Atmospheric Administration’s P-3 aircraft interact with ground-based meteorologists, researchers, and modelers in real-time to generate crucial and accurate forecast updates for affected areas.

Three or four researchers from NOAA’s Hurricane Research Division typically monitor these systems to ensure no errors happen — like, for example, a sudden drop in satellite connection.

However things changed this year — for obvious, COVID-19 reasons. Meteorologists and researchers had to use the same technology, with the same real-time effectiveness, while being very far away from the aircraft. This meant the NOAA’s Aircraft Operation Center and the research division needed to develop new software to check for errors stemming from the P-3 aircraft.

When they occur, engineers or meteorologists then adjust to compensate, said Frank Marks, director fo the hurricane research division in NOAA’s Atlantic Oceanographic and Meteorological Laboratory, reports Stars and Stripes.

“I actually pitched the idea for this software last year. We were supposed to be good to roll it out in the 2021 hurricane season, but with COVID[-19], it was necessary to get the software working sooner than later,” said Marks, according to Stars and Stripes.

Before the time of COVID-19, missions saw 18 crew members aboard P-3 aircraft, including several engineers, system technicians, meteorologists, navigators, and scientists from numerous other organizations. But health guidelines implented against the spread of COVID-19 went into effect when five employees of the operations center — which carries out hurricane reconnaissance sorties out of Lakeland Linder International Airport — contracted the COVID-19 illness.

Crews aboard hurricane hunter flights now consist of two flight engineers, one navigator, one systems technician, one flight director, and three pilots — along with one dropsonde operator (a device tracking several storm datasets).

Additionally, a new error-proofing algorithm software debuted in early June as part of a recon mission to study Tropical Storm Cristobal. It wasn’t a big storm, but it served as a proof-of-tech scenario for Marks’ team, the software, and the crew on a test run.

“We wanted to be up in the air for Cristobal so when ‘Laura’ eventually emerged, we would be ready for it,” said Marks, reports Tribune News Service.

Environments inside hurricanes are scientific gold minds for new data, and each mission is important not only to the National Hurricane Center, but several other interested entities — like the Hurricane Research Division and the Environmental Modeling Center, said Michael Holmes, flight director during the Hurricane Laura recon mission.

As the COVID-19 crisis forces several industries to adapt or risk ruin — from fossil fuel to fast food — it’s interesting to note how steps to curb the spread of the virus have also helped evolve new remote monitoring software in hurricane hunting aircraft.