Counterpoint: Apple US sales down 48% since the COVID-19 outbreak 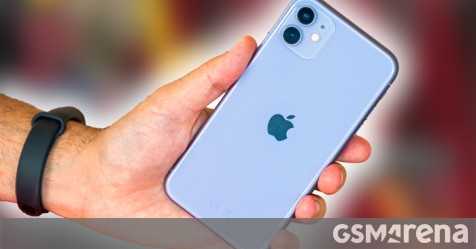 The COVID-19 outbreak is hitting all parts of the world, including the United States, the current epicenter, according to official numbers. Closing businesses and organizations is hurting sales, and the latest data from Counterpoint Research shows how much Apple is losing.

The company sold 48% fewer devices on a monthly basis. In week 9 (February 23 – 29), the Cupertino company sold nearly 3 million iPhones, while in week 13 (March 22 – 28), sales were under 1.5 million units and they are likely to keep going down when data for the following days is analyzed.

Predictions by Counterpoint Research show the least amount of smartphones should be sold in week 15, which is April 5 – 11. However, numbers processing takes time so it is too early for any official results or analyses.

Apple is the top smartphone brand in the United States, alongside Samsung and LG. Both Korean makers also suffered from the COVID-19 outbreak, but definitely not as much as their top rival. Samsung saw a slight increase in sales with the launch of the Galaxy S20 lineup, but now numbers have decreased to post-holiday results.

The entry-level market is going to be even more affected than the Top 3 since sales are usually done offline, which is currently not an option in most parts of the United States.

Counterpoint Research reveals that 60% of all US carrier stores, including 75% of T-Mobile and Sprint stores across the country, have been closed in the past four weeks. Apple stores are also not working, leaving customers to rely on retailers, online deliveries or other unusual options.