Could We Save Earth From a ‘Planet Killer’ in Only 6 Months? 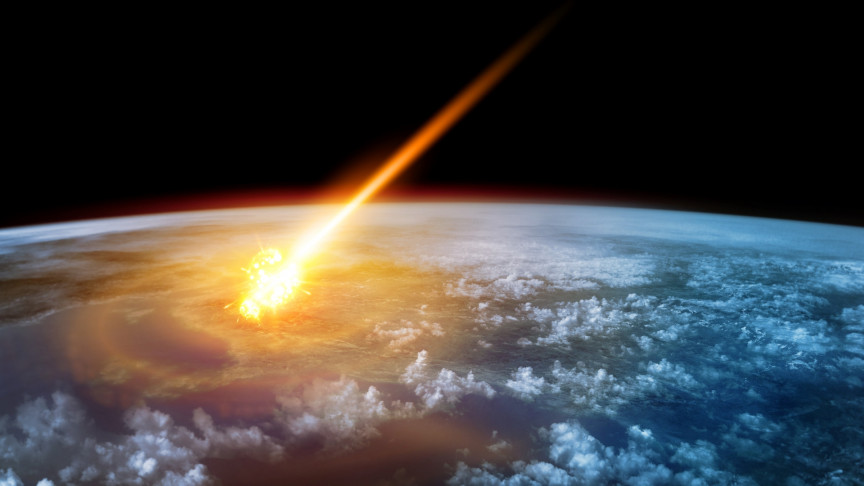 What if a 6.5-mile-long (10-km) asteroid was heading straight for Earth, with a cataclysmic collision that would kill us all in just six months? What would we do?

This is the plot of Netflix’s recent sci-fi blockbuster “Don’t Look Up”. The movie follows two astronomers, played by Leonardo DiCaprio and Jennifer Lawrence, as they frantically try to warn the world of impending doom and persuade politicians to take the necessary action to avert disaster, only to be met with absolute indifference.

The asteroid and the public’s apathy toward it is an allegory of the world’s inaction in the face of global warming, but two physicists have now taken a more literal approach to the movie’s central question and investigated whether we have the means and technology available today to avert such a catastrophe.

The answer? From a strictly technical standpoint, the answer seems like yes, we do.

In their paper, which was published this week on the Arxiv database, Philip Lubin and Alex Cohen from the University of California, Santa Barbara wrote “We show that humanity has crossed a technological threshold to prevent us from ‘going the way of the dinosaurs.”

What would it take?

In order to stop an asteroid of this size in less than six months, the researchers think that we would have to use nuclear devices to “disassemble” the object and this is doable with less than 10 percent of the world’s current nuclear arsenal.

The nuclear devices, which are placed atop 1,000 javelin-shaped penetrators, could be launched on NASA’s Space Launch System or SpaceX’s reusable Starship vehicle, for example, which are still both in development stages. However, because the launch would have to take place five months before the asteroid was projected to impact, we would only have a month to prepare. The penetrators would then strike a month before the impact date, giving us the best opportunity of shattering it into small enough pieces to move it mostly out of Earth’s path.

According to Detlef Koschny, the acting head of the ESA’s planetary defense office, the idea seems reasonable; nonetheless, he is unsure whether we would have enough time to implement this plan. “Even if there are enough nuclear explosive devices, you’d still need to get them up on a rocket in four weeks,” he says, per New Scientist. “I don’t see how that can happen.”

But should we really be concerned? Fortunately, you don’t have to because the possibility of such a call to arms situation are quite slim. “There’s nothing we’re concerned about for at least the next 100 years,” Áine O’Brien of the University of Glasgow notes, “but it’s always interesting to read these types of things.”

The researchers also considered what would be required to redirect an asteroid the size of Texas, with a diameter of roughly 515 miles (830 km). “What do you do now?” they asked. “You are going to need some die hard to get you out of this one. A couple of options: a) party, b) move to Mars or the Moon to party, c) do what they did in Chicken Run during take-off.” However, with all joking aside, this offers us optimism that a comprehensive planetary defense system is achievable for even short-term existential dangers such as this one. “Ideally, we would never be in this situation,” the researchers said, “but better ready than dead.”

While the paper offers an interesting perspective into the plot of “Don’t Look Up”, some scientists were less than enthusiastic about it, with the senior adviser for science & exploration at the ESA, Mark McCaughrean, even going as far as describing the work as “space bubble nerdery“.

McCaughrean wrote on Twitter, “Answer the technical question, but completely miss the point of the film, namely that the advice of scientists is routinely ignored. Especially when the real disaster is happening now and in a way that’s too slow and boring for people to care.”