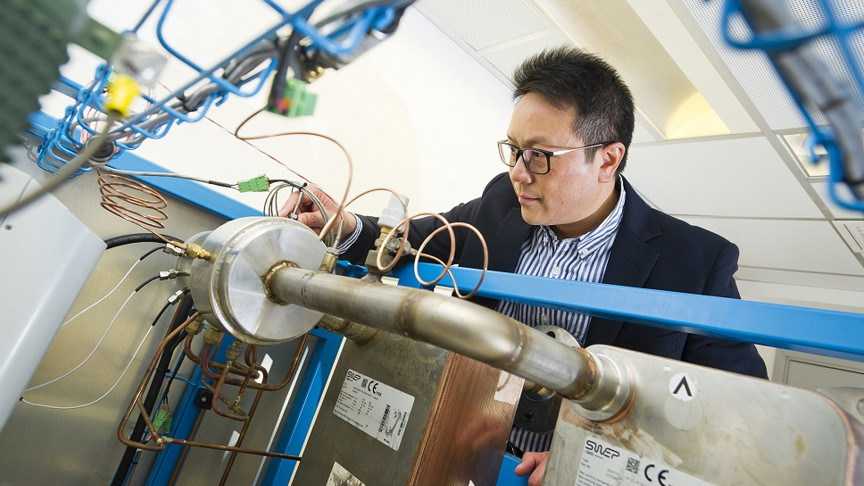 One of the more insidious culprits of climate change is air conditioning, and this problem represents a big technology difficulty that is not easy to fix. While they are much needed in the Summer months, air conditioners themselves produce enough heat to boost urban temperatures, as well as leaking out highly potent greenhouse gases.

In a bid to achieve energy-efficient cool air supply, Professor Michael Leung Kwok-hi from the City University of Hong Kong is working on a novel technology that can convert waste heat from AC systems into electricity, according to a press release by the university.

While this is not a new concept, the commonly used technology in this regard can only work with heat at temperatures of 392°F (200°C) or above, which makes them useless for AC, since they generate much lower temperatures.

The place where thermoscience and nanotechnology meets

The new AC system, which features the integration of thermoscience and nanotechnology, called thermal nano technologies (TNT), by Prof. Leung is aimed at capturing the thermal energy from AC’s waste heat and convert it into electricity. Then, this electricity can be used by the unit or for other electrical purposes. This way, not only high energy efficiency is achieved but also clean air is supplied.

Through modeling and experiments, it was seen that the novel TNT system can increase the coefficient of performance of an AC system as well as reducing energy use up to 20 percent.

“In addition to the increase in energy efficiency, the benefits include reduced greenhouse gas emissions and the reduction of unwanted waste heat rejection,” said Professor Leung. “The revolutionary technological breakthrough anticipated in this project has the potential to not only contribute to enhanced sustainability but also generate many new business opportunities worldwide.”