Computer Chips With Water Inside – It’s Not a Bad Idea? 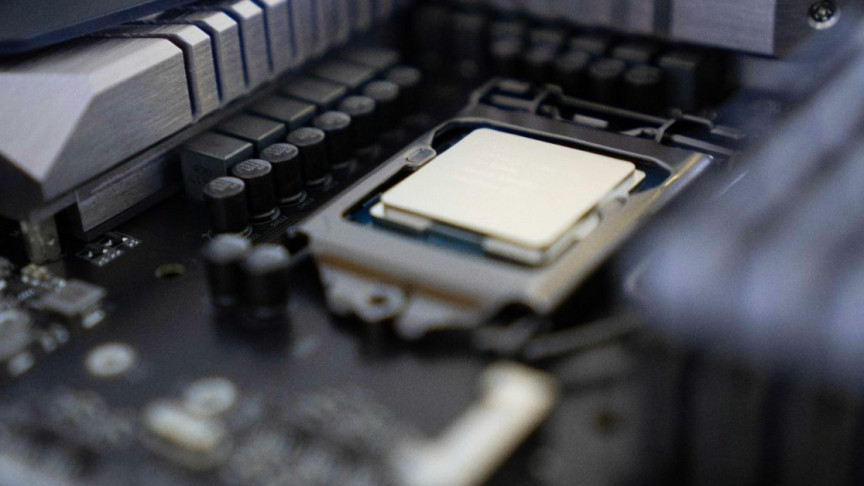 Researchers in Switzerland designed a single-unit chip and cooling system containing on-chip liquid channels adjacent to the hottest chip parts — adding an impressive boost to heat-limited situations, according to a new study published in the journal Nature.

When desktop processors first surpassed the Gigahertz level, the consensus held there was nowhere to go but up. But progress slowed to a halt when power requirements created too much heat in a given device to cool down and calculate. Even ordinary computer fans and heatsinks, along with water cooling haven’t surpassed the heat barrier that often slows present-day processors.

One of the issues with liquid cooling solutions is that they need to transfer heat energy out of the chip and into the water. This problem led some researchers to try running liquid inside the chip — including the ones who wrote the new study, which places on-chip liquid channels adjacent to the most heat-prone areas of a chip, reports Ars Technica.

Methods for extracting heat from a chip typically involve multiple connections, from the chip to and through its packaging, and to a heat sink. While the chip may be placed directly into heat-conductive liquid, the liquid needs to insulate without triggering chemical reactions with the electronic components — neither of which are met by water.

A handful of demonstrations of on-chip cooling have surfaced through the years, but they typically involve systems where the device integrated with liquid channels is fused onto a chip, through which a dedicated system pumps fluid.

While this removes heat energy, early implementations show the presence of a catch: powering the pump that moves water through the device’s channels requires more power than is extracted from the processor, cutting the system’s energy efficiency down to problematic sizes.

The latest research incorporates these ideas to boost on-chip cooling systems’ efficiency. And the researchers behind the study demonstrate their method works via the use of a power-converting chip that avoids heat-energy-reduced performance.

Engineering water inside chips with GaN

The construction process for the new power-converting chip wasn’t simple. The first step involves cutting extremely thin slits through gallium nitride (GaN) and into the underlying silicon. Then the researchers began an etching process — which only affects silicon — to increase the width of the channels, and sealing off the original gaps through the GaN with copper.

This enhances the process of heat conduction into water. Beneath the channels rests a set of alternating passages that work like feeds and sinks. Cold water flows in via the feed, and circulates up into the channel — absorbing heat energy — and then moves out through an adjacent sink.

The researchers configure the device so the hottest parts of the GaN section of the device are directly juxtaposed to one of the channels, increasing the efficiency of heat extraction. Their best design could handle fluxes in heat of up to 1,700 W per square centimeter (0.155 square inches) while halting the chip’s rise in temperature at 140°F (60°C).

With the advent of quantum computers imminent, it’s important to find ways for silicon-based chips to keep cool, to optimize computational power. Water — considered in common sense as a death sentence to computer chips — may also come to accelerate the advance of modern computing technology.