Close but No Cigar: 9 Failed Inventions From History 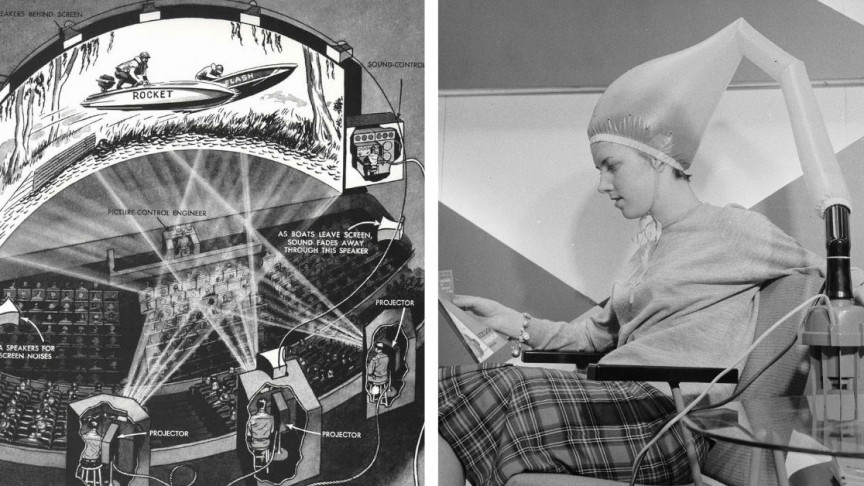 Failure is what teaches us about how things work, and it enables us to do better and greater things. While failure can be beneficial, some past inventions failed in pretty spectacular ways, leading to some pretty dire outcomes.

What are some examples of failed inventions in history?

As Abraham Lincoln is believed to have said, “if you’ve never failed, you have never lived”. Whether Lincoln really said this or not, the sentiment definitely is true.

When it comes to inventing things, trial and error is the bread and butter of tinkerers. With that in mind, here are some of the most interesting failed inventions in history.

1. Radioactive health products seemed like a good idea at the time

When radium was first discovered, people generally had no idea about its harmful effects, and some even looked upon it as a magical health substance. Doctors and companies put radium in everything, from water to toothpaste, with all the products claiming to make you healthier, more attractive, or even give you a greater libido.

It wasn’t until one man, Eben Byers, who was taking Thor-radium powder (marketed to increase one’s sexual prowess) that questions began to appear. Byers ended up drinking 1,400 bottles of the stuff (apparently he needed a lot of help) and his lower jaw fell off!

It was at this point that people started questioning if radioactive things were really good for them.

2. We are sad to report, that flying tanks were another failed idea

The intended use of these Soviet flying tanks probably isn’t quite what you were thinking. The original plan for the Antonov A-40 Krylya Tanka was to tow these flying tanks behind aircraft, then glide them into battle to support infantry troops.

Troops would be airdropped in and then the tanks would glide in afterward, at least, that was the plan anyway. The project was abandoned after the Soviets could not find any aircraft powerful enough to tow the crafts, and also due to the significant amount of effort required to land just one tank.

3. Bonnet hair dryers are another interesting example of a failed product

Can you see yourself using one of these? We’ll, as it turns out, you can actually pick up a modern version on Amazon. Interested?

However, this beauty is an example from the 1960s, which, it seems, never really took off. Perhaps it was simply ahead of its time?

Everyone was obsessed with coming up with the best ways to speed up their daily lives, or maybe just make them feel like they were living in the future.

4. The Dymaxion House is another example of an unsuccessful invention

This bizarre chrome house was created by inventor and architect Buckminster Fuller in the 1930s. The goal was to create a fast, easy to construct house for everyone.

The Dymaxion House could be shipped on a single truck and be assembled in under 2 days. A dome shape was selected because it provided greater strength, while still allowing for speedy assembly.

Ultimately, this house failed to take off because the interior could not be customized or expanded, and it only offered two bedrooms with tiny bathrooms. Not to mention that it is impossible to find furniture that properly fits in a round-walled home.

5. Another failed invention was the car boat — or is it a boat car?

There are times when combining the best of both worlds is a real hit. Sporks, chocolate coffee, ligers, but the combination of a boat and car may have been a step too far.

Boat cars, technically called amphicars, are still around today, where they are often used for tourist trips, but many in the mid-1900s thought that they were going to be the future. Judging by the lack of boat cars on the roads, that future doesn’t appear to have happened.

For now, this invention has been relegated to novelty collectors, or those who just want to spend their extra cash on a floating car.

6. Cinerama movies were another example of a failed idea

Cinerama was the predecessor to the modern-day IMAX screens, but it was a whole lot more complicated. To project the movie, it required three, perfectly synchronized projectors that are all aligned with each other.

This was in the age before digital technology, so it meant that three very skilled projectionists had to sit in the projector booths to make everything work.

Most theaters didn’t want to shell out the money to upgrade, nor did they want to have to pay more staff to play a movie. Ultimately, few movies were ever recorded in this format, and this invention soon died out.

7. Intellivision was a nice idea, but ultimately was a failed invention

The Intellivision was Mattel’s video game console, released in 1979 in order to compete with the Atari 2600. The console wasn’t exactly the worst thing in the world, but it ended up failing and almost bankrupting the company.

Back when records were at the peak of their popularity, and before the advent of digital sound, many companies tried to produce portable record players to allow people to take their music with them when they were on the go. If you know anything about how a record player works, you may already see the problem.

These portable record players tended to skip and jump around if you, well, skipped and jumped around. If you wanted to play a record, you would have to find a level spot to set the player and make sure nothing bumped it, otherwise you could say goodbye to that brand new album. Record sales are on the rise again today, but this invention will likely never return.

9. The robotic speed reader was another invention that didn’t work

Patented in 1966, the Readamatic was the solution to help school children, or even adults, read faster. A mechanical plate would slide down the page, letting you know where to read in order to make a certain pace.

The problem was that the device was quite loud, and the metal plate would scrape across the pages like nails on a chalkboard. Ultimately, these distractions killed off the Readamatic.

And that ends our quick tour through the annals of inventive failure for today folks.

Interesting Engineering is a participant of the Amazon Services LLC Associates Program and various other affiliate programs, and as such there might be affiliate links to the products in this article. By clicking the links and shopping at partner sites, you do not only get the materials you need but also are supporting our website.