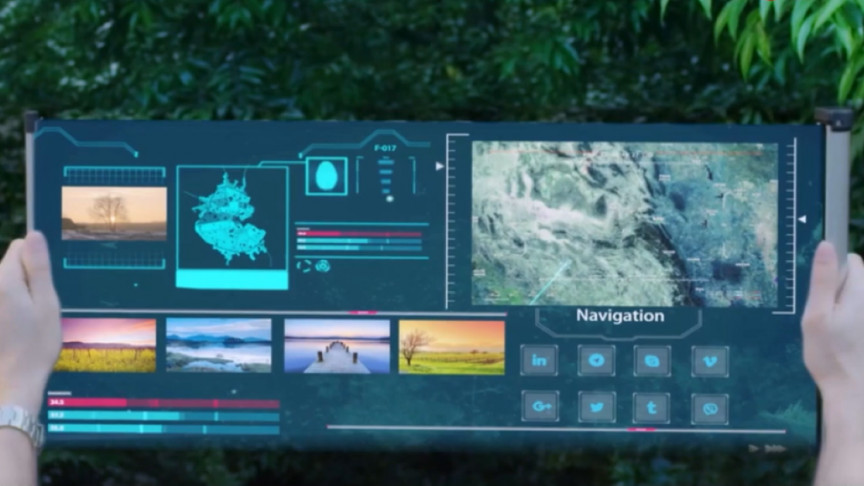 Strolling through a Walmart, anyone can see TCL’s TVs at eye-poppingly low prices. While commonly available, few understand that these are some of the highest-rated, most technologically-advanced TVs anyone can buy — anywhere. And, televisions are only part of the products available from the Huizhou, China-based company, TCL.

Over the years, TCL has quietly become America’s fastest-growing TV brand, and judging by its presentation at the 2021 Consumer Electronics Show (CES), we’ve only seen the start. Tiago Abreu, Head of X-Lab at TCL’s Industrial Design Center, introduced IE and other CES 2021 attendees to some of the amazing products coming from TCL’s 28 R&D centers, 22 factories, and 75,000 employees.

The key to this technology is contained within its name. “Zero Mini-LED” refers to the distance between the TV’s light source and its LCD panel. Thousands of local dimming zones allow the brightness to be adjusted in real-time against the backlight, producing brighter whites and deeper blacks, a more realistic picture, and sharper details. It also allows the TV to have a 50% thinner profile.

At the presentation, Abreu also displayed TCL’s new AMOLED Rollable Display smartphone, which changes from 6.7-inches to 7.8-inches with just the tap of a finger, going from a smartphone to a tablet. AMOLED stands for Active Matrix Organic Light-Emitting Diode, which is a form of OLED. OLED stands for Organic Light-Emitting Diode, and it is a technology where light is produced by organic molecules.

Even more eye-popping was TCL’s 17-inch Printed LED Scrolling Display which uses injected printing technology to create a device that unfurls from a tube to a full 17-inch screen, thus creating an entirely new user experience. This technology can lead to flexible and foldable TVs.

In the past, TCL has enjoyed partnerships with Amazon, Google, and Roku, and Abreu announced a new partnership with Google TV, which will be coming to market in 2021. Using their unparalleled search technology, Google TV will allow users to easily find the movies, TV shows and apps included on all their subscription services. It will even include an “Ask Google” feature.

TCL Mobile is also developing tablets, wearables, and wireless headphones, all under its “Display Greatness” banner. NXTVISION is a new display technology with SDR to HDR video enhancement and ambient light-sensing technology.

Streit also announced the new TCL 20 Series, five new smartphones that will be available starting this month. The 6.67-inch TCL 25G has four-device Bluetooth, a 48MP triple camera that allows low-light photography, high-speed charging, and a 4,500mAh battery. Its price is 299€ or $364.

The 25G comes with a Snapdragon 690 5G chipset, which allows online gaming. Its AI-powered triple camera has auto-focus and video image stabilization. The 25G has two additional cameras: a 180-degree superwide camera and a macro lens for closeup shots.

TCL Mobile introduced the TCL NXTPAPER tablet that reuses natural light to create an anti-glare, full-color reading experience, unlike other E-readers. NXTPAPER utilizes no blue light, so it doesn’t induce eye strain. It will be available at 349€ or $425.

The TCL MOVE AUDIO S600 Headphones are true wireless earbuds that contain three microphones with built-in active noise cancellation. They will retail for 149€ or $181.

Streit said that TCL’s Project Archery, which was first announced at the 2020 CES, will be coming to market. It is TCL’s variable display VR glasses that weigh only 20% of an ordinary VR headset. The glasses will have two built-in full HD Micro OLED displays which provide a cinematic experience.

TCL is proving that cutting-edge products don’t have to be expensive, and you can even buy them at Walmart.