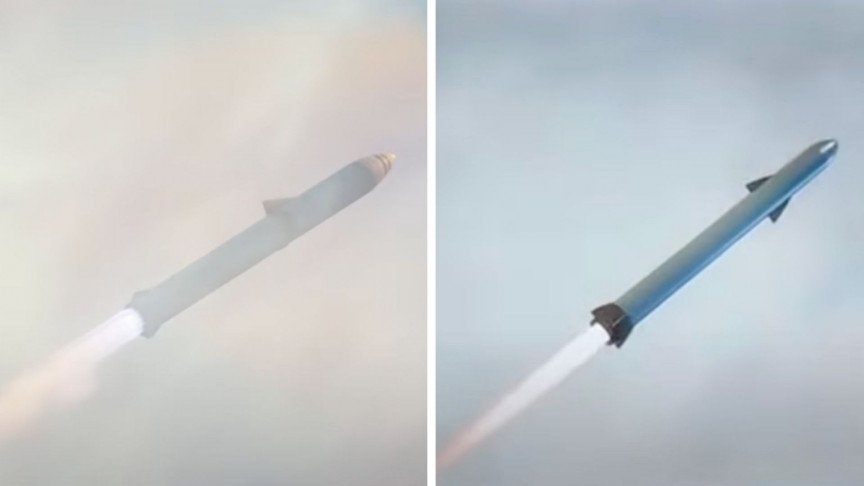 Imitation is the sincerest form of flattery, so the saying goes. Keen observers at China’s “National Space Day” conference on Saturday, April 24, in the city of Nanjing, spotted some pretty intense flattery going the way of SpaceX on the show floor.

A booth operated by state-owned CALT showcased a video (below) highlighting the potential for suborbital point-to-point transportation. The concept sees heavy cargo lifted into suborbital space before touching down on the other side of the globe in less than an hour.

The image at the top of the article includes a screen capture from a video released by SpaceX four years ago (left) and an image from the recently released footage from China’s state-owned rocket company (right).

SpaceX’s video from four years ago was also a showcase for suborbital point-to-point transportation.

It’s worth pointing out that the point-to-point transportation video wasn’t the only space technology highlighted on the show floor — Chinese space officials also talked about the Chang’e-5 mission’s notable return of lunar samples in December. They also announced the official name for China’s first Mars rover as ‘Zhurong’ — the rover is set to touch down on the red planet in May.

Still, the incredible likeness of the point-to-point video to that of SpaceX a few years ago has certainly drawn attention online — Ars Technica writer Eric Berger said it looked “shockingly like SpaceX’s Starship” in a recent tweet.

Take a look at both of the videos below. Firstly, SpaceX’s video from four years ago:

Though China had previously announced plans to become the world leader in point-to-point transportation by 2045, the similarities in the videos are, indeed, striking.

Not least because it isn’t the first time the country’s government has been accused of copying SpaceX designs — in 2020, the country launched a reusable space capsule that also drew comparisons to SpaceX’s Crew Dragon design.

Though China is currently focusing most of its efforts into building a heavy-lift rocket called the Long March 9, the country’s state-owned rocket company is clearly taking some serious cues from SpaceX.