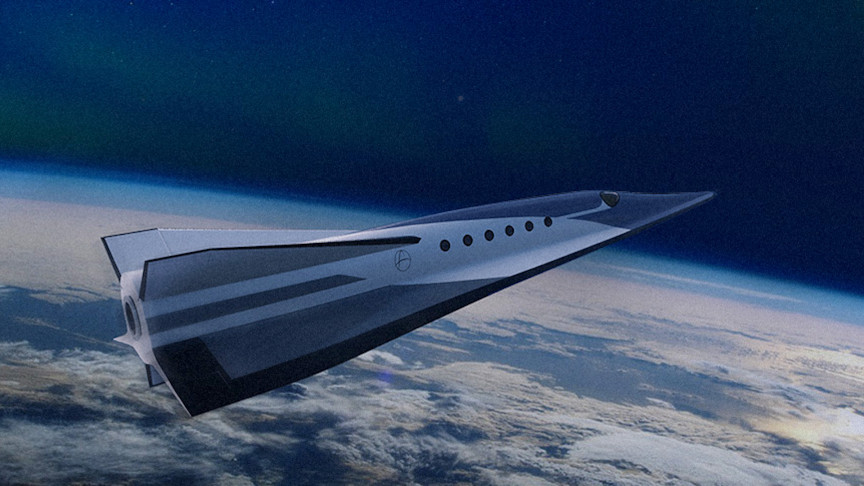 In the future, a trip from Beijing to New York could take you via suborbital space.

That’s because Chinese aerospace firm Space Transportation is developing a “rocket with wings” designed for space tourism as well as incredibly fast passenger transport similar to that of a famous concept shown off by SpaceX in 2017.

According to a report from Space.com, the fully reusable space plane would provide rapid point-to-point travel between any two locations on Earth via suborbital flight, and a crewed test flight could take place as early as 2025.

A reusable rocket for point-to-point transportation

A dramatic CGI video presentation on Space Transportation’s website shows passengers board a plane attached to a large triangular paraglider-like wing featuring two large rocket boosters. After takeoff, the plane detaches from the wing and flies through suborbital space. The wing lands back safely on Earth while the space plane carried on to its destination. Once there, it performs a vertical landing using a similar technique to the one used in SpaceX’s Falcon 9 booster landings.

In an interview with The Yicheng Times, a company spokesperson said “we are developing a winged rocket for high-speed, point-to-point transportation, which is lower in cost than rockets that carry satellites and faster than traditional aircraft.” The company’s website shows that the space plane will travel at speeds of approximately 2,600 mph (4,184 km/h), meaning that it would fly at twice the speed of a Concorde and, in theory, could fly from New York to London in about an hour.

Space tourism and transportation could take off in the 2030’s

Space Transportation says it aims to conduct ground tests by 2023 before carrying out its first test flight in 2024. All going to plan, a crewed test flight will then take place in 2025. According to SpaceNews, Space Transportation announced in August that it had raised $46.3 million for its hypersonic space plane. The company has also recently conducted test flights on its hypersonic Tianxing 1 and Tianxing 2 vehicles, though it has revealed little information regarding those tests.

In 2017, SpaceX proposed a similar concept to that of Space Transportation, called ‘Earth to Earth’. The company announced that it could provide city-to-city transportation to passengers using its new Starship rockets. What’s more, the Elon Musk-founded firm claimed that it could transport passengers anywhere on Earth in under an hour. However, SpaceX has revealed little information since that initial concept was announced.

Another company using space planes, Virgin Galactic, recently launched its CEO, Richard Branson, and other passengers up to suborbital space for the purpose of space tourism. Though the technology is currently reserved for the world’s wealthiest — a ticket aboard a Virgin Galactic space plane can cost upwards of $450,000 — the next decade might see space tourism and transportation flights hit suborbital space with increasing frequency.