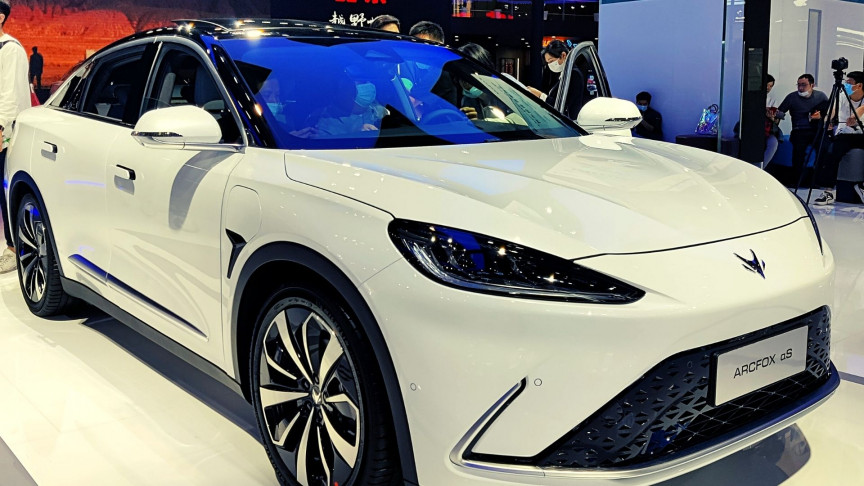 The EV industry is getting more competitive.

Huawei has released further details on a new vehicle it claims not only rivals, but even surpasses Tesla’s Model Y, according to an initial report from CNBC.

In other words, China’s Huawei is openly competing with Elon Musk’s Tesla.

China’s tech giant Huawei is known worldwide for its telecommunications devices and smartphones, but now it’s moving into auto-manufacturing. Notably, the firm has moved into the field of autonomous driving. And Huawei’s new operating system, the HarmonyOS, now has a new vehicle: the Aito M5, a hybrid vehicle that runs on both electricity and fuel, according to CEO and Executive Director Richard Yu of Huawei’s consumer business group, according to CNBC’s report of the firm’s winter product launch event. And deliveries of the new vehicle will start around Feb. 20.

The post-subsidy cost for the Aito M5 will be $39,063 (250,000 yan), which is surprisingly cheaper than Tesla’s Model Y, at $44,072 (280,752 yuan). Impressive. And this comes less than one week after a China-based startup called Nio announced its own Tesla competitor, the ET5 electric sedan. Coming in September, Nio’s new vehicle will cost $51,250 (328,000 yuan), before subsidies. The firm’s ET7 sedan, which will be delivered in March, starts at a price of $70,326 (448,000 yuan). But Huawei’s forthcoming vehicle will feature double-layered and sound-proof glass. “You will know whether it is premium or not by the sound,” said Yu, according to a translation reported by CNBC.

Automakers in China want cars to feel like smartphones to consumers

“We are able to offer the ‘library grade’ quality experience,” added Yu. Huawei’s Aito M5 is the brand’s first model, and it stands for “adding intelligence to auto.” As part of the car manufacturer Seres, which has included Huawei components in the past, this is the first entirely Huawei-designed project. Seres is also called SF Motors, and is (predictably) based in Silicon Valley. But, surprisingly, it’s a subsidiary of a car developer in Chonqing, called Sokon, according to the report. The firm’s website says it’s “positioned to independently build and sell in two of the world’s largest markets, the U.S. and China.”

HarmonyOS’s integration into the new Seres vehicle is also the latest in a design philosophy of cars in China that dresses the idea of cars as something that will assume a role similar to smartphones in the lives of consumers, according to the report. Each of the new electric cars from Huawei features a touchscreen capable of adjusting a multitude of functions, including the essentials, like watching films or listening to music. Notably, one of the smartwatches from Huawei’s lineup can also work as a car key to enter and start the Aito M5. HarmonyOS initially launched in 2019 after former President Donald Trump placed the firm on a blacklist, forbidding U.S. companies from selling technology to the firm from China, in a bid to shore up national security concerns. So far, Huawei has denied that it poses a threat to U.S. security, but with increasingly capable vehicles and technology, the economic rivalry between U.S. automakers like Tesla and Huawei could make life hard for similar startups to make significant headway the industry.