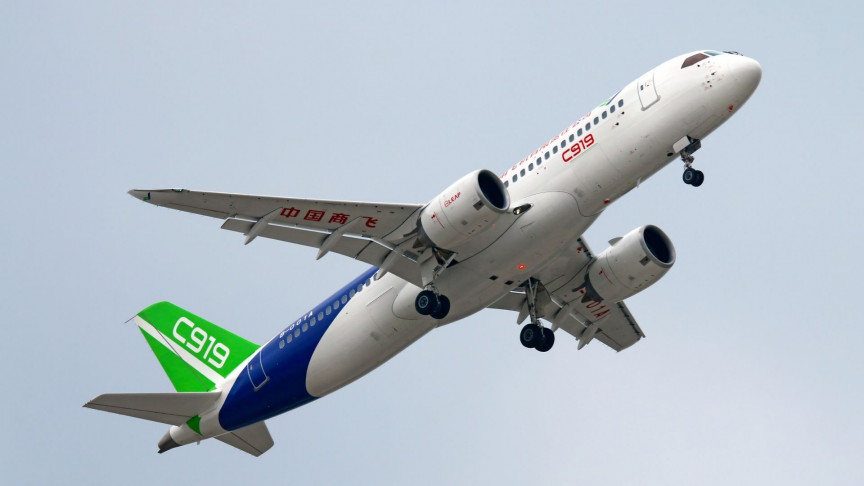 The Commercial Aircraft Corporation of China (COMAC) designed its “homemade” C-919 aircraft to compete with the world’s leading medium-ranged airliners, the Airbus 320 and Boeing 737.

Shanghai-based China Eastern Airlines, one of China’s largest airlines, signed a contract to buy five C-919 jetliners with the first plane expected to be delivered sometime this year. Once delivered, the new planes will be put into domestic flight routes connecting Shanghai and other major cities including Beijing, Guangzhou, Shenzhen, Chengdu, Xiamen, Wuhan, and Qingdao.

For years, American aerospace manufacturer Boeing and France-based Airbus have formed a duopoly of sorts in the commercial aviation market, which is worth trillions of dollars. COMAC is a state-run company founded in 2008 with the specific goal of producing China’s first commercially viable passenger jet — in the 1970s, Chairman Mao set the same goal, though it was never achieved.

The aircraft first came into production in 2015 and had a successful maiden flight in 2017. Though the order for five C-919s is being celebrated in China as a representation of the country’s increasing global influence, there is some debate as to the authenticity of claims that the aircraft is fully made in China.

At the time of its first flight, Bloomberg reported that aviation analysts argued China’s claims of a fully homemade aircraft were questionable — much of the technology inside the C-919 aircraft comes from U.S. technology imported from several countries.

Nevertheless, Chinese state media at the time described the flight as “another fulfillment of a Chinese dream.”