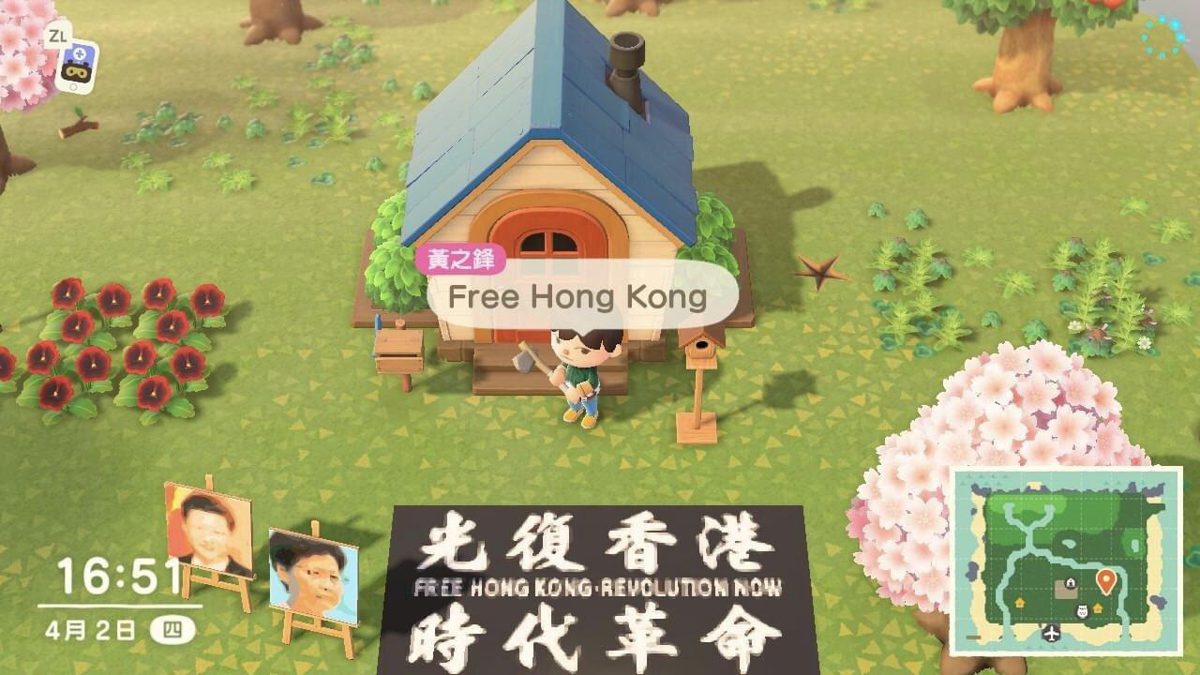 Not everyone is a fan of the new Animal Crossing game. China has been pulling the hit Nintendo Switch title from online stores after a prominent Hong Kong activist began using the game to protest the country’s government.

Local media outlets, Reuters, and analysts all noticed that Animal Crossing: New Horizons is no longer listed on two Chinese e-commerce sites, Taobao and Pinduoduo.  The reason? A social media post from a seller in China claims local authorities have issues with a central gameplay mechanic in Animal Crossing: the ability to build and customize your own island.

The same mechanic means you can craft political messages and post the results on social media. Hong Kong activist Joshua Wong is among the people using the feature to troll China’s leadership. On Twitter, he’s been posting pictures of his creations, one of which shows the words “Free Hong Kong-Revolution Now” alongside an in-game image of Chinese President Xi Jinping.

“Animal Crossing is Fast Becoming a New Way for Hong Kong Protesters to Fight for Democracy! The Covid-19 pandemic has halted public demonstrations, so protesters are taking their cause to Animal Crossing,” he wrote in one of his tweets. 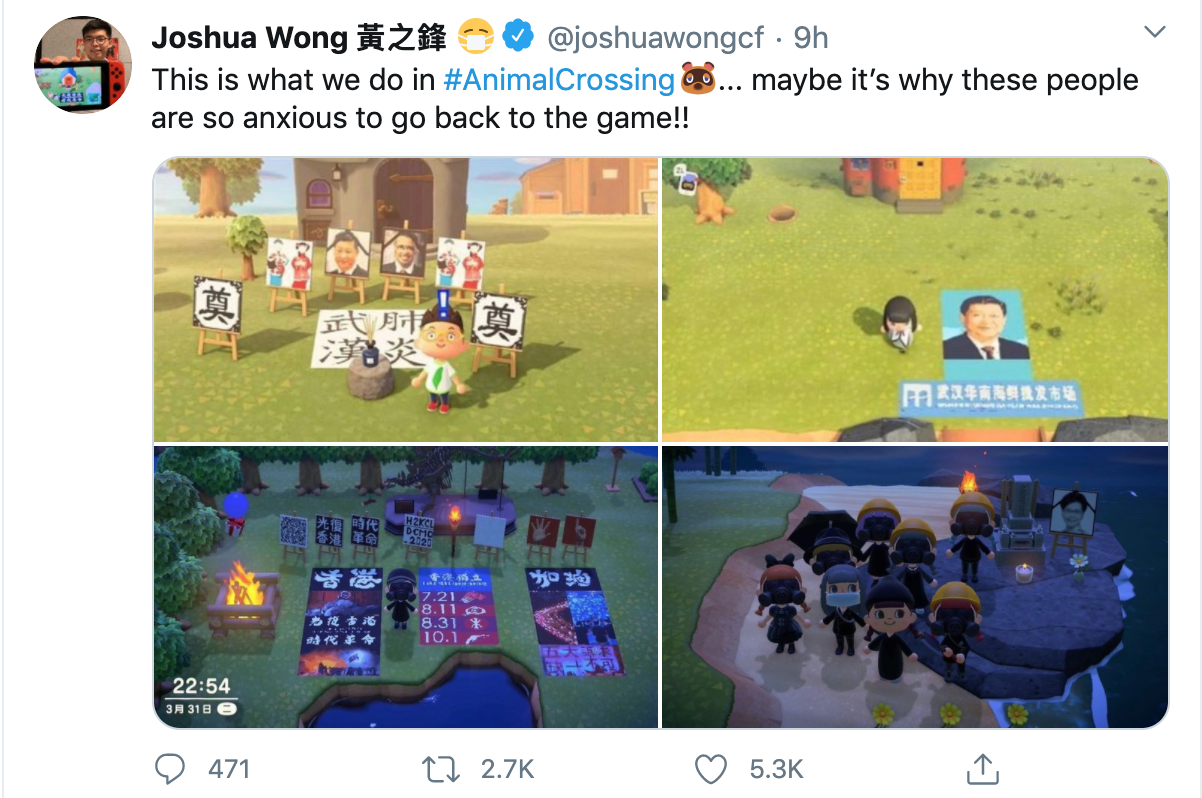 China routinely censors anti-government content, so the efforts to stop the game sales are no surprise. In February, local authorities also pulled Plague Inc., a game that lets you create a virus to wipe out humanity, right as China was trying to contain the coronavirus pandemic.

In Animal Crossing’s case, the game has not been officially released in the country. Instead, local merchants have been buying overseas versions of the product to sell to Nintendo Switch gamers in the country.

According to Daniel Ahmad, a video game analyst with Niko Partners, Chinese consumers can still buy the game by contacting Taobao sellers privately or by going to physical “mom and pop” video game shops in the country.

“As to whether there will be an ‘officially approved’ version of the game is up for debate,” he said in a tweet thread. “China regulators may not approve an official version of the game in the future due to user generated content and political sensitivities, but that didn’t stop Minecraft from being approved.” In the meantime, pro-Chinese government gamers in the mainland are realizing they can use Animal Crossing to push back against Wong. On Friday, he posted an image of a gamer using a customized island to share the message: “One country, two systems, a unified China.”

“Alright, now they are flocking to Animal Crossing and promoting Chinese propaganda there to ‘challenge’ me… Do they really not see the irony!?” he tweeted in a reference to China’s censorship.