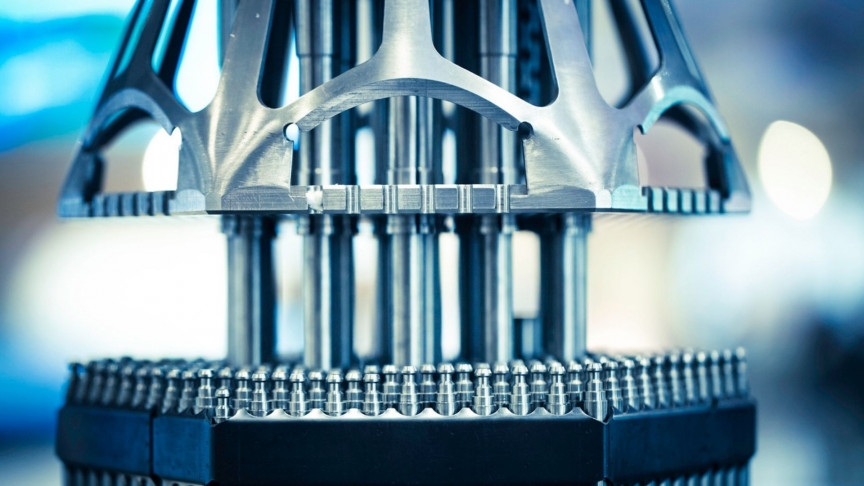 Government researchers in China unveiled their design for a commercial molten salt nuclear reactor that is expected to be the first in the world to not utilize water for cooling, a report by South China Morning Post (SCMP) explains.

As the reactor won’t need water it can be deployed in desert regions, allowing operators to utilize otherwise desolate spaces in order to provide energy for large populations.

The molten salt reactor is powered by liquid thorium instead of uranium. Molten salt reactors are expected to be safer than traditional uranium nuclear reactors, as thorium cools and solidifies quickly in the open air, meaning that a leak would theoretically result in less radiation contamination for the surrounding environment.

China expects to build its first commercial molten salt reactor by 2030, and the country’s government has long-term plans to build several of the reactors in the deserts of central and western China.

China’s new system works by allowing thorium to flow through the reactor, enabling a nuclear chain reaction before transferring the heat to a steam generator outside. The thorium is then returned to the reactor, and the cycle repeats.

The concept of a nuclear reactor powered by liquid salt instead of uranium was first devised in the 1940s. However, early experiments struggled to find a solution for problems including the corrosion and cracking of pipes used to transport the molten salts.

Recent developments have made molten salt reactors more feasible, leading to the planned construction of the first such reactor in China, developed by Professor Yan Rui and colleagues at the Shanghai Institute of Applied Physics.

Their reactor could generate up to 100MW, which is less than a typical uranium reactor. However, it will still have the capacity to power a residential area of 100,000 inhabitants.

The reactor itself will only be 10 feet (3 meters) tall and 8 feet (2.5 meters) wide, though the power plant itself will be larger as it incorporates other equipment including steam turbines.

The next-generation molten salt reactor technology is in development by several companies and countries worldwide, including the Bill Gates and Warren Buffet-backed Natrium. The same technology will also be used to power an ambitious 300-meter nuclear megayacht project that seemingly blurs the lines between luxury holidays and science expeditions.

As well as its new reactors, China is also building enormous hydropower dams in order to meet its energy demands. In June, it powered up its Baihetan dam, which features the world’s largest capacity hydropower turbines, at 1 gigawatt each. Its Three Gorges Dam is the world’s largest power station in terms of installed capacity.

Nuclear energy has seen a resurgence in recent times as it could be a crucial pillar in the fight against climate change. The new molten salt reactors are seen as a vital technology in enabling China’s bid to go carbon neutral by 2060 — the country accounts for 28 percent of global carbon emissions.