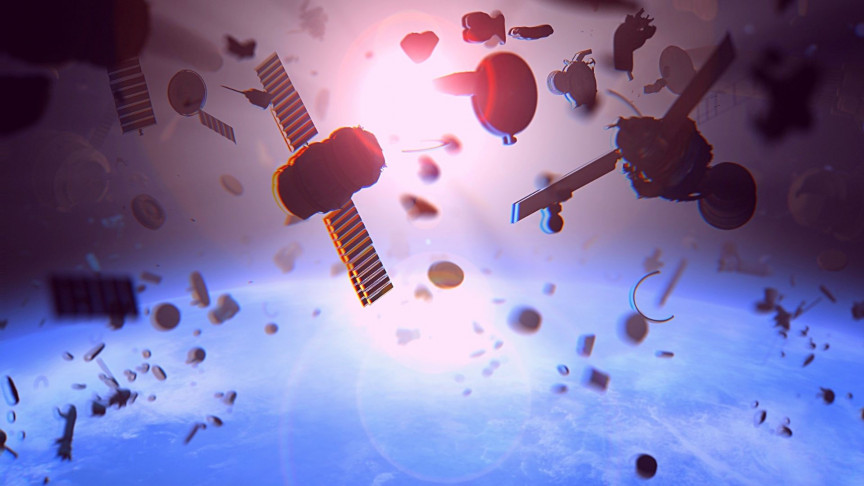 A space-mining startup in China just launched a robot prototype into low-Earth orbit capable of scooping up debris and other space junk left behind by earlier spacecraft — with a giant net.

This is the latest in China’s attempts to expedite its efforts to close the gap between itself, Russia, and the U.S. — and become a major space power.

Called the NEO-01, the net-bearing space robot will also peek into deep space to observe small celestial bodies — and was launched on March 6 along with several other satellites, according to the state-run Xinhua news agency. The 66-lb (30-kg) robot was developed by the startup, Origin Space — which is based in Shenzhen — and aims to forge new roads to the future of technology capable of mining elements on asteroids, said the company.

Since the first asteroid mining company in the world was founded in 2009 — called Planetary Resources — more than a dozen additional firms worldwide have popped up in the nascent space junk-cleaning industry, including Japan’s Astroscale and 3D Systems of the United States. Astroscale’s technology employs magnets to collect space junk in low-Earth orbit, but NEO-01 will use a deceptively simple-sounding net to capture debris and then burn the trash using an electric propulsion system, according to a Channel News Asia report.

Since the late 1950s, thousands of satellites have been launched into low-Earth orbit. But as they age and become defunct, many end up joining a highly dispersed yet very dangerous bulk of space junk — which could potentially damage or destroy other operating satellites or crewed missions. Origin Space aims to launch dozens of space telescopes — in addition to more spacecraft — to build the first commercial mining operation on asteroids by the year 2045, according to an April 6 interview U.S. media carried out with the company’s founder, Su Meng.

China aims to become a major space power by 2030

Japan’s Astroscale was launched late last month from Kazakhstan with aims to demonstrate its capacity to capture the millions of pieces of space junk and other orbital debris in low-Earth orbit. As of writing, nearly 9,000 tons (roughly 8,000 metric tons) of space waste threatens to damage or disrupt services we use for life on Earth every day — including telecommunications and GPS systems, and weather forecasting — all crucial elements in a time of increased concerns about climate change.

Xinhua also said that China is accelerating its plans to land a probe on a near-Earth asteroid to collect samples, while simultaneously speeding up its ambitions to construct a defense system to protect the Earth from near-Earth asteroids. Beijing has world-historical ambitions for China’s presence in space — with hopes to catch Russia and the U.S. up. And, for better or worse, it could become the third major space power by the year 2030.