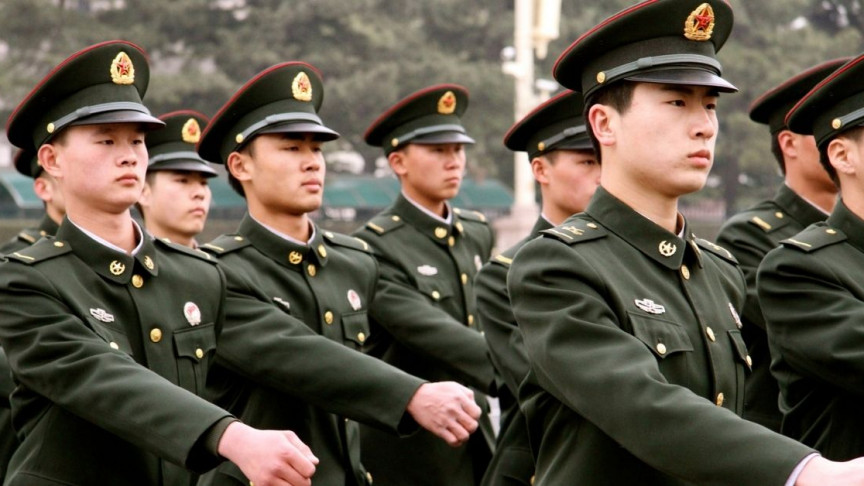 Yes, just like something out of Marvel’s Captain America. According to reports by U.S. intelligence, China has conducted human testing on members of the People’s Liberation Army with the ambitious goal of developing soldiers with enhanced biological capabilities.

Though it may sound like something out of science fiction, emerging technologies capable of augmenting the human body paired with the rapidly evolving world of genome-editing could arguably spawn the dawn of super-humans.

Concepts like artificial intelligence symbiosis, bionic body parts, and self-regenerating limbs are not too far off into the future.

Though the idea of getting your hands on some highly coveted Marvel-Esque superpowers sounds exciting, there are some real-world fears and ethical questions that need to be asked. Should we if we can?

CRISPR is one of the first steps to creating Super Soldiers.

To create these super-soldiers, China is turning to CRISPR, reports the Wall Street Journal

CRISPR is a novel, simple but powerful tool for editing genomes. The medical technology has been hailed as one of the most important medical tools that scientists have in their arsenal. Why? Researchers can use it to easily alter DNA sequences.

CRISPR has many applications that include correcting genetic defects, treating and preventing the spread of diseases, and improving crops. However, the medical tool has raised some ethical concerns. Most Western scientists consider it unethical to seek to manipulate genes to boost human performance. Even more so, the idea of augmenting humans using CRISPR is still on the fringes of science. But this has not stopped countries from raising a few eyebrows at these experiment allegations.

In a report published last year in Jamestown, the authors Elsa Kania and Wilson VornDick offer insight into China’s interest in gene editing.

“While the potential leveraging of CRISPR to increase human capabilities on the future battlefield remains only a hypothetical possibility at the present, there are indications that Chinese military researchers are starting to explore its potential,” states the scholars, Elsa Kania, an expert on Chinese defense technology at the Center for a New American Security, and Wilson VornDick, a consultant on China matters and former Navy officer.

According to the authors, the Eastern country has a newly found interest in using biotechnology to tackle infectious diseases, explore the military potential, and even the offensive applications of biotechnology.

This is not the first time a country has attempted to create a super-soldier.

Augmented soldiers are the future in some form or the other. During the height of the Cold War, the U.S. military tried to create a “Warrior Monk Soldier” with paranormal abilities. Now the Pentagon is looking at a host of technologies, like pain immunizations, telepathy, exoskeletons, and wearable robotics, to improve their soldiers’ effectiveness.

The idea of China creating super soldiers is equally fascinating and ethically terrifying. China’s armed forces are the largest in the world, with an estimated 2.2 million personnel. Just this year alone, China spent 178.16 billion on its defense budget.

US ARMY DEVELOPING MIND-READING TECH FOR THE BATTLEFIELD

Nonetheless, the dawn of the super-soldier seems to be inevitable. Other countries in the past and present have invested funds into technologies that could augment soldiers. Maybe the question is not if we should do it, but when.

Nevertheless, much of this is still hypothetical, and a majority of gene-editing is reserved for simple lab research.