China Developing an ‘Ultra-Large’ $2.3 Million Megaship That Is Miles Long 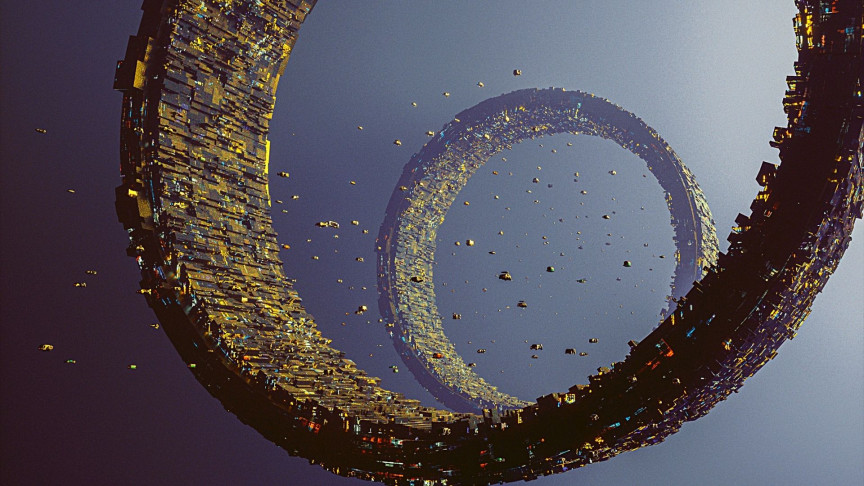 And, researchers in China are investigating the possibility of assembling a spacecraft in orbit as part of the nation’s expanding ambitions for future space exploration, with crewed missions operating on long-term timescales.

And, maddeningly, the proposal from the National Natural Science Foundation of China calls for an analysis of the mechanics of constructing an “ultra-large spacecraft spanning kilometers”, according to an initial report from the South China Morning Post.

In case you missed it, China just told the world it’s interested in building a spacecraft that is miles long. Miles!

China is researching a miles-long spacecraft for long-term missions

“[Such a spacecraft] is a major strategic aerospace equipment for the future use of space resources, exploration of the mysteries of the universe and staying in long-term orbit,” read an outline of the project shared by the foundation, which is an agency under the purview of the Ministry of Science and Technology, according to the report. And this is just one among 10 other proposed research outlines released earlier this month by the mathematical and physical sciences department, which plans on funding five total projects with a maximum budget equivalent to $2.3 million (15 million yuan).

And the outline suggests the modular spacecraft would require multiple launches, in addition to space-based assembly, since it would weigh too much and be far too massive to be launched in one flight. Consequently, researchers involved in the project face a grueling challenge. They need to minimize the spacecraft’s weight to reduce the total launches needed to get its parts into space, and streamline construction costs to fit the country’s budget. They also have to optimize the control capabilities of the structures to keep them from drifting, vibrating, or otherwise twisting out of control during assembly, according to the outline.

China’s ambitions for space are growing

China is doubling down on its space program since May, when it became the second country to successfully land a rover on Mars, two short years after doing the same with a different spacecraft on the far side of the moon. The Middle Kingdom already started assembling its Tiangong space station in April of this year, with several more modules slated for launch into low-Earth orbit via its Long March 5 heavy rocket. As of writing, the 22-metric ton core component of the station is slated to become the primary housing unit for spaceborne astronauts aboard the station, which should be complete sometime next year, when it reaches a mass of roughly 100 metric tons.

When it’s finished, the Tiangong station will be roughly one-fourth the size of the International Space Station. But the ISS was constructed by a 16-nation coalition, is roughly 356 ft (109 m) long, and 246 ft (75 m) wide. This is almost as large as a soccer field. But, looking to the future, China will doubtlessly play an increasingly significant role in space missions, with a super heavy-lift rocket engine conceived for the next-gen carrier rocket Long March 9 slated for its first flight in 2030. The U.S. and its partner countries and firms may continue to dominate space missions today, but, in the coming years, we may be in store for a major shift as China continues to ramp up its ambitions.