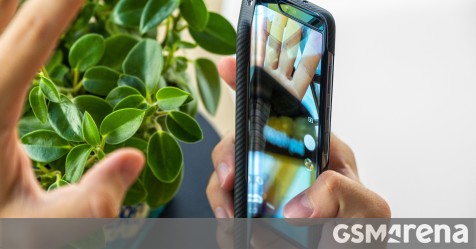 Samsung has long been rumored to expand its foldable smartphone line even more, with a more affordable device to complement the Z Fold2 in a similar form factor.

We’ll call this Galaxy Z Fold Lite for now, although that name is just an assumption on our part. This phone has so far been rumored to sport the model number SM-F415F, which makes sense because in Samsung’s naming scheme, the first “F” stands for “foldable”, while the low number implies this will be lower-end (and lower priced) than the original Galaxy Fold and the Galaxy Z Fold 2.

This model number has now been spotted among the support pages of Samsung’s official website for India. While this doesn’t give us any sort of details about the smartphone, the listing confirms the fact that the ‘Lite’ Fold will launch in the subcontinent.

Previous rumors said this model would launch with the Snapdragon 865 on board, but would lose the 5G connectivity and the Ultra Thin Glass layer. There are likely to be many other cuts too, because past mumblings had it launching at just $1,100, which is a lot less than either the original Fold, or the Fold 2, or even the Z Flip. Expect to see the Galaxy Fold Lite appear in Mirror Black and Mirror Purple color options.