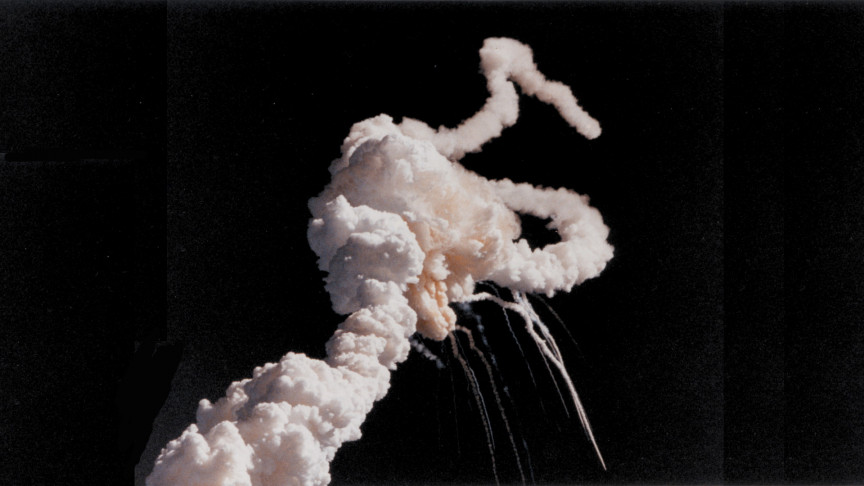 On Saturday March 6, 2021, an 83-year-old man living in Ogden, Utah died from the effects of a fall. His name was Allan J. McDonald, and you may never have heard of him, but he did something remarkable.

Allan McDonald received a degree in chemical engineering in 1959 from Montana State University, then went to work for Morton-Thiokol, who manufactured the rockets for the Minuteman intercontinental ballistic missile and later, the solid rocket boosters (SRBs) used by NASA in its space shuttle.

After 26 years with the company, McDonald was on site at Cape Canaveral, Florida to oversee the solid rocket boosters that would power the shuttle Challenger on its tenth flight, which was also the twenty-fifth Space Shuttle flight.

These were rubber gaskets that separated parts of the solid rocket boosters. Both McDonald and another Morton-Thiokol engineer, Roger Boisjoly, feared that the cold temperatures could cause the O-rings to stiffen and crack. This could allow volatile rocket fuel to escape, and could in turn cause the shuttle to explode.

Two years previously, during a launch of the shuttle Discovery, Thiokol engineers had observed hot gasses escaping through one of the primary O-rings, but the secondary O-ring had held, and the Thiokol engineers concluded that the risk was acceptable.

In July 1985, Thiokol engineer Boisjoly had written a memo to the company’s management describing evidence of O-ring stiffening that happened during a previous shuttle launch when the temperature was a relatively balmy 53 °F (12 ° C).

Why this Challenger mission was special

The Challenger mission on January 28, 1986 was special because it was the first space shuttle mission to carry a civilian into orbit. That civilian was New Hampshire school teacher Christa McAuliffe, who was the first participant of the Teacher in Space project, designed to inspire students, honor teachers, and spur interest in STEM.

On the day of the launch, schools across the U.S. and other countries set up televisions inside classrooms so that students could watch the lift-off. Other crew members onboard the Challenger were commander Francis Scobee, pilot Michael Smith, mission specialists Ellison Onizuka, Judith Resnik, and Ronald McNair, and payload specialist Gregory Jarvis.

On the night of January 27th, NASA officials conducted a pre-launch conference call with Thiokol engineers, including Roger Boisjoly, back in Utah. Their signoff was required before the shuttle could launch, but citing the low temperatures, the Thiokol engineers refused to sign off on the launch.

NASA officials challenged the Thiokol engineers to prove that the O-rings would fail. In the documentary, Challenger: The Final Flight, Allan McDonald said, “Normally we were always challenged to prove it was safe to launch, now all of a sudden we got the impression they were asking us to prove it would fail, and we couldn’t do that.”

Then-president Ronald Reagan immediately convened a panel to investigate the explosion. The panel was headed by the former Secretary of State William P. Rogers, and it featured some famous names, including former astronauts Neil Armstrong and Sally Ride, and the Nobel-winning physicist Richard Feynman.

While the commission sought answers from NASA and the top management of suppliers, Richard Feynman preferred to talk to engineers and technicians, and he soon became suspicious of the O-rings. At one televised hearing, Feynman placed a miniature version of an O-ring into a glass of ice water to demonstrate how brittle it became. Feynman said, “For a successful technology, reality must take precedence over public relations, for nature cannot be fooled.”

At a closed-door meeting, Sally Ride confronted the person at NASA who was responsible for the booster rockets, Lawrence Mulloy, stating that some commission members had heard that the Thiokol engineers disagreed with the launch decision.

Sitting in the back of the meeting room, Allan McDonald rose, and with tears in his eyes, he addressed the panel, describing how Thiokol’s executives had pressured the group of engineers to agree to the launch. The Thiokol executives had themselves been pressured by NASA officials who didn’t want to delay the launch.

Video taken of the launch showed an O-ring on the right-hand solid rocket booster failing, and allowing pressurized, burning gas to reach the outside of the booster where it undermined an attachment. Aerodynamic forces then broke the orbiter apart.

In its final report, the Roger’s Commission found fault with the design of the solid rocket boosters, and with NASA’s decision to launch. The elective director of the commission, Alton Keel, told an interviewer, “Allan McDonald was a hero in our eyes.”

In response to their honest and courageous stances, Thiokol “rewarded” its two engineers by demoting McDonald and placing Boisjoly on an indeterminate leave of absence.

When U.S. House of Representatives member from Massachusetts, Edward Markey, learned of Thiokol’s treatment of the two men, he informed Thiokol that he would block any future government contracts unless they reinstated the men.

Boisjoly chose not to return, however, McDonald was placed in charge of redesigning the solid rocket boosters. McDonald’s design was used on subsequent space shuttle missions, once the shuttle resumed flying in 1988, it continued to be used until its retirement in 2011.

In 2001, McDonald retired from Thiokol, and in 2009, he along with James Hansen, published the book, Truth, Lies, and O-Rings: Inside the Space Shuttle Challenger Disaster.