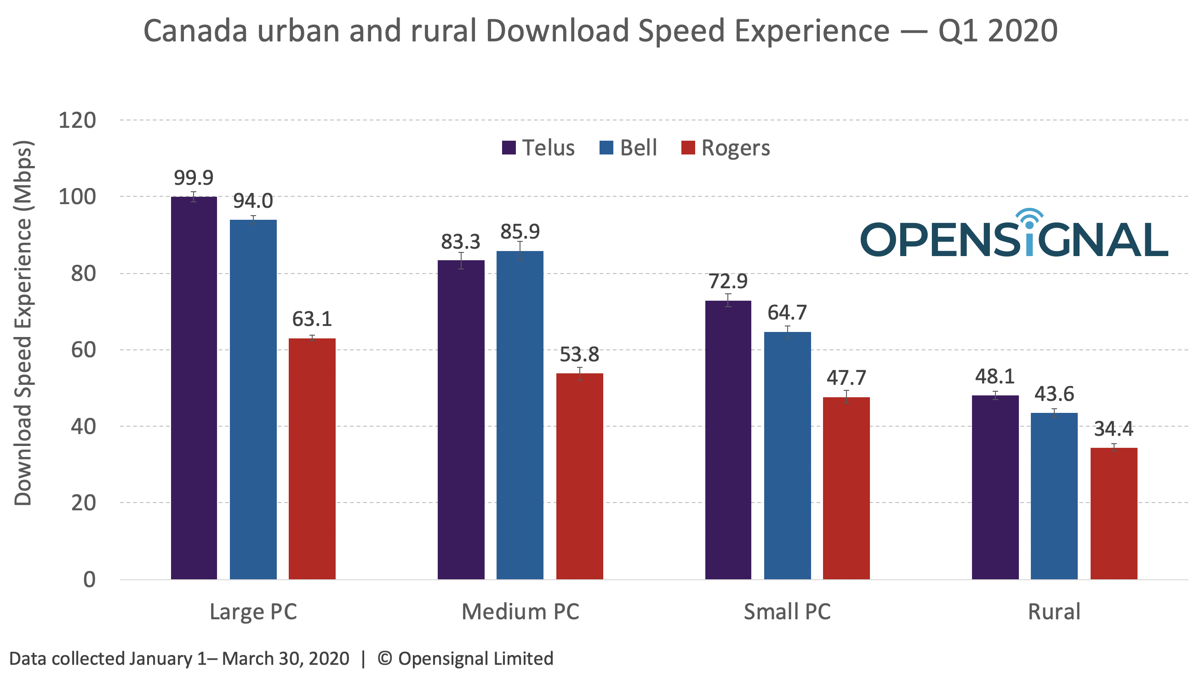 Here in the United States, we take it as a given (unfortunately) that living rurally means having terrible, slow internet. Dial-up still exists, satellite always sucks, and wired broadband to the home isn’t really interested. The only hope seems to be wireless—the same mobile connections we use on our phones may be the only “broadband” some people can get outside of population centers.

It would seem, though, that the major mobile carriers in Canada—namely, Telus, Bell, and Rogers (who all also provide wired broadband to many homes)—actually get it. A new report from market insights company OpenSignal compares the download speeds in population centers and rural areas from the first quarter of 2019 to that of Q1 2020. Even with the advent of COVID-19 quarantine in that latest quarter, the speeds are up. Compare that chart above for this year to this one for 2019 below. 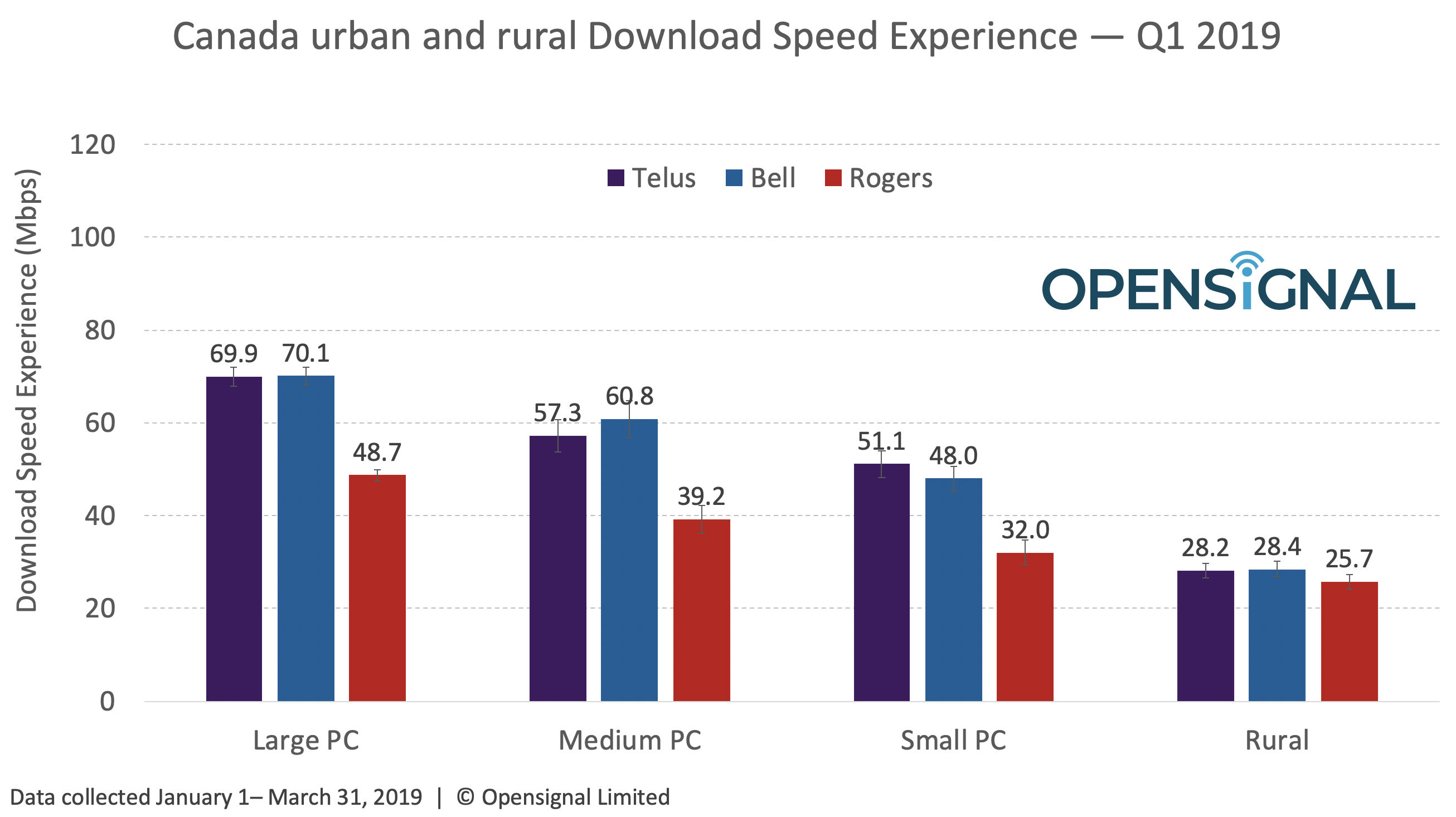 Across all the population centers (PC), from large (100,000-plus people) to medium (30,000 to 99,999 people) to small (1,000 to 29,999 people), the average download speeds for mobile connections from the big three increased. It seems especially striking for the rural areas, where Telus alone had an increase in download speed of over 40 percent. That’s important, because OpenSignal says that rural users—anyone outside of a PC—make  up  a full one-fifth of the country’s entire population.

Of course, the towers probably still tend to trend near the most people, so the increases for download speed were even more pronounced in population centers. Rogers jumped 48.8 percent in small PCs, for example. Telus users in large PCs shot from 69.9 megabits per second, average speed, up to 99.9 Mbps by 2020; it also had a 45.5 percent jump in medium PCs. All in all, OpenSignal found rural Canadians have better download speeds now than users in five of the G7 countries (only Japan did better, speed wise.)

Part of why this is working out so well in rural Canada is that providers aren’t ignoring remote communities. 4G availability in rural Canada in 2019 was already pretty high, with the lowest number going to Rogers at only 81.2 percent of availability (compared to Telus at 85.4). This year, both jumped up to 89 percent and change. Bell is only a smidgen behind at 88.3 percent. Compare the two years below. 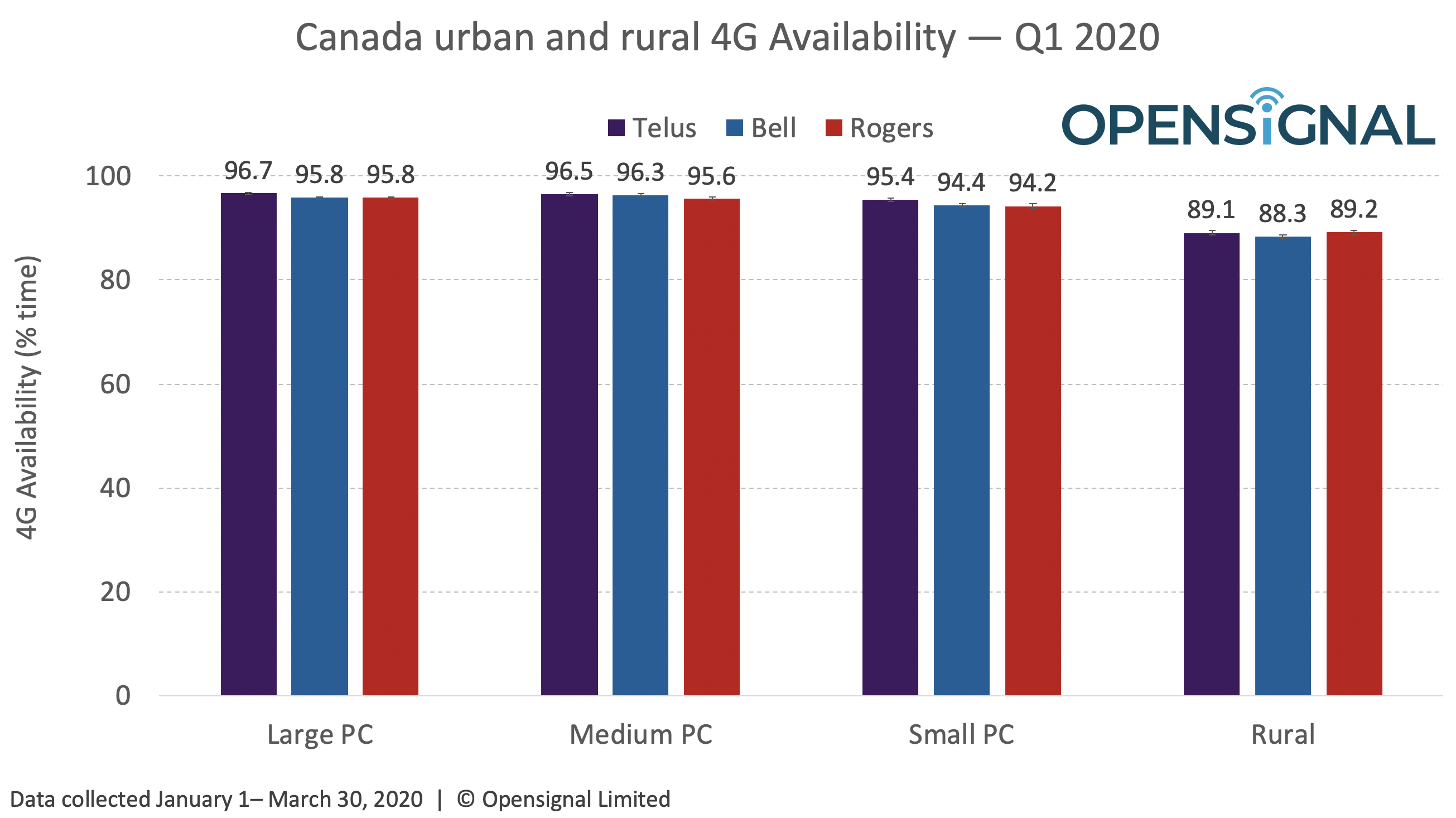 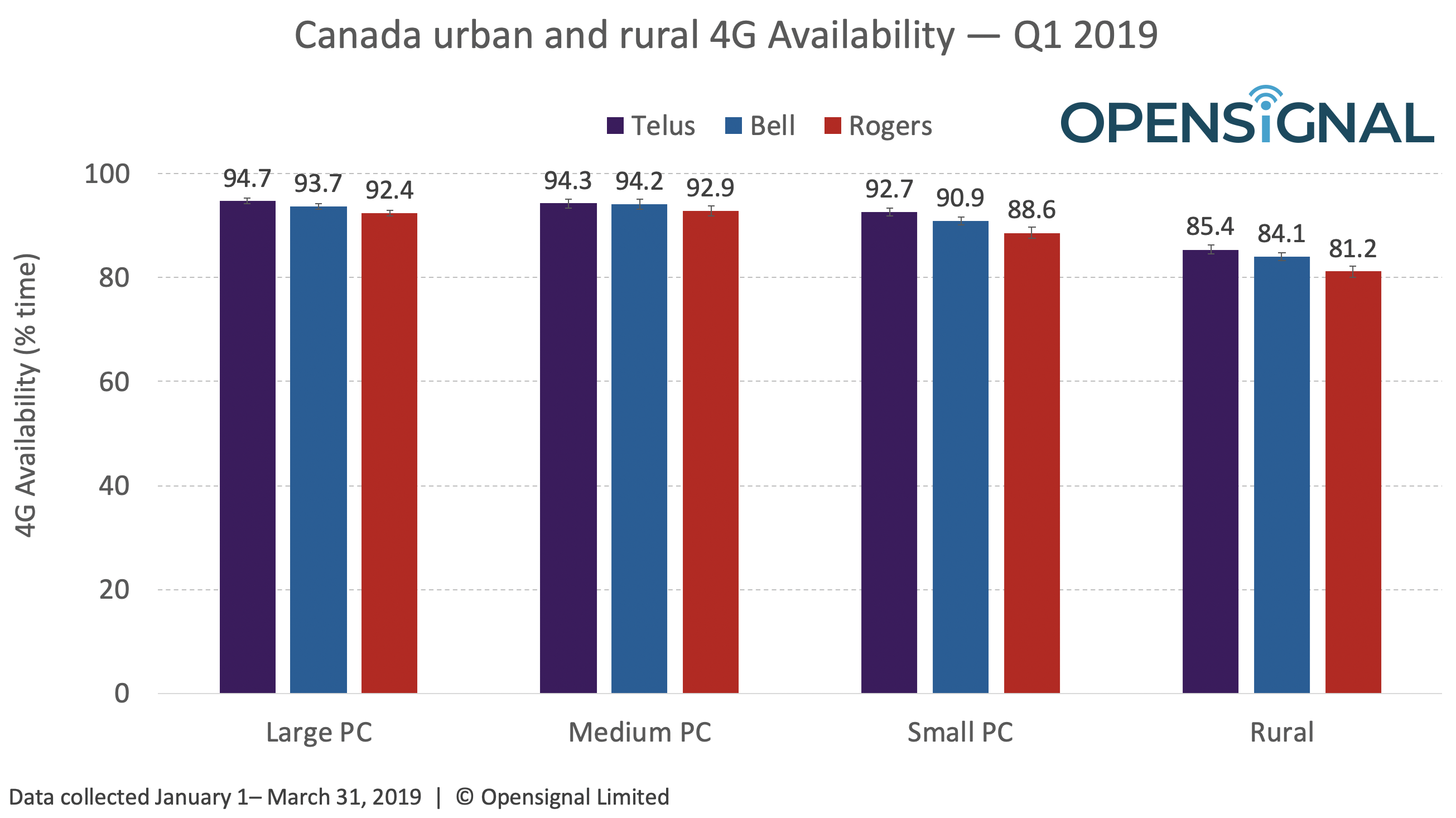 Penetration is still low compared with population centers, but at least those who have it tend to get speeds that rival 4G connections found around the world. For more, read the full State of Rural Canada’s Mobile Network Experience–May 2020 report at OpenSignal.

If you’re from Canada and curious what your download speed is, be it on your home wired broadband or your wireless connection, click on the PCMag Speed Test. (Turn off your VPN first for the best possible results; pick a test server close to your location.) The tests will help us determine the Fastest ISPs in Canada (and the US) later this month.