Can We Engineer Cities to Save Us From Climate Change? 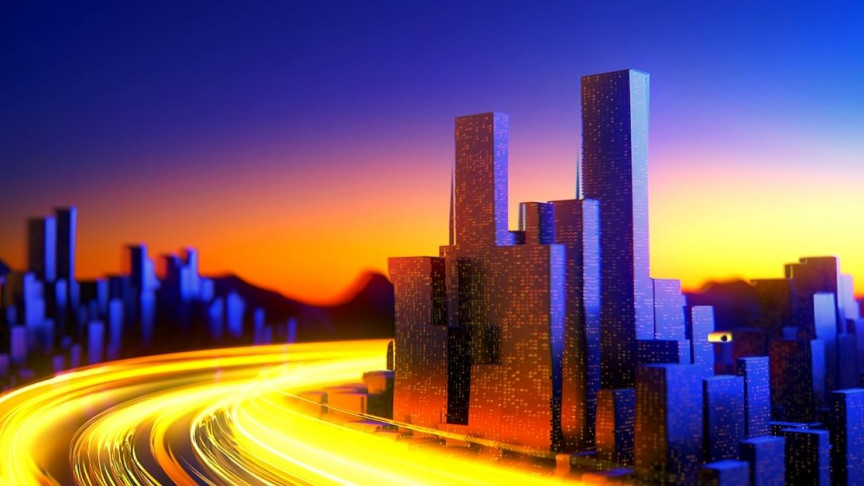 Early in February, 26 bodies were pulled from the Indian Himalayas, with more than 100 missing in the days after a glacier break created a colossal avalanche of water and debris into a river valley, demolishing two dams, according to an initial report from The Guardian.

It can no longer be debated: the mounting weight of climate change is beginning to reshape our world, and humans are paying the price. City infrastructures are crucial to life as we know it, but much of what was taken for granted in the last century may not stand the test of environmental turmoil.

Smart cities initiatives aim to both update human connectivity for the fourth industrial revolution, while also unfolding resiliency in citizen mindsets and individual capabilities, to encourage participation through next-gen communications technology, and meet the challenge of rising catastrophes with a new technological suite of problem-solving skills.

However, the question of whether we can engineer smart cities that save us from climate change remains open.

Take the tragic plight of the people near the Indian Himalayas in the state of Uttarakhand. When a glacier reportedly broke off from the Nanda Devi mountain, it created an unstoppable surge of floodwater, which plowed through the two hydropower dams near the RIshiganga and Dhauliganga rivers.

Hundreds of personnel were working in the dams as the damage spread through transportation and agricultural infrastructure — sweeping away bridges, roads, and the homes of hundreds of grazing cattle, sheep, and goats.

Scientists called in to assess the cause noted how unusual it was for a glacier to break away in winter months. But glacial melting tied with global heating was expected to become a major problem in the region in the next several years — as a 2019 survey suggested the Himalayan glaciers had begun melting at twice the usual speed since 2000 — losing a near-vertical 20 inches (50 cm) of ice every year.

Recent findings published in the journal The Cryosphere showed how the collapse of two Aru glaciers are altering the landscape — slowly melting into two nearby lakes, and causing the water levels to swell. Eventually the lakes — called Aru Co and Memar Co — could merge into one within the next decade.

“A scenario like that could significantly change the regional landscape and disrupt local ecosystems,” wrote study co-author Tandong Yao of the Chinese Academy of Sciences, in a statement, according to a Scientific American report. “That’s why we need to watch the two lakes more closely in case of such changes.”

No one could have prevented glacial melting on this scale in the course of a few months or even years. But smart city initiatives aim to help other communities become more resilient to these types of events.

While citizens maintain the cultural identity of a city, ICTs support and manage the needs and issues of citizens, directing people to take active roles as citizens in the development of sustainable infrastructures, according to a study published in the journal International Journal of E-Planning Research.

Crowdsourcing the problem-solving process using ICTs — like smartphones and -homes, and AI analytics of user behavior — will enable “cyber or live-brainstorming” exercises to give citizens the ability to share views and varying expertise to come up with unique solutions to problems.

Integrated approaches will allow the citizens to actively reduce flood probabilities — in addition to minimizing the damage a flood might have — through spatial planning and a collective preparation of an emergency response. Tiered stages of citizen training for participation in “living labs” will serve as a means for learning new skills to help build preventative infrastructure and take active roles in the research and application of new solutions.

Private stakeholders will meet face-to-face with relevant experts and decide which benchmarks to set in the preparation for major disasters linked to climate change, like floods. Instead of exclusively public-funded water retention structures to constrain water levels, private rainwater-retention or harvesting tools and facilities may be slowly spread throughout cities, as local communities.

In this way, the internet of things, AI-assisted analyses and smartphone integration into larger systems of collective deliberation could open the doors for to engineering smart cities capable of saving us from the mounting weight of climate change.