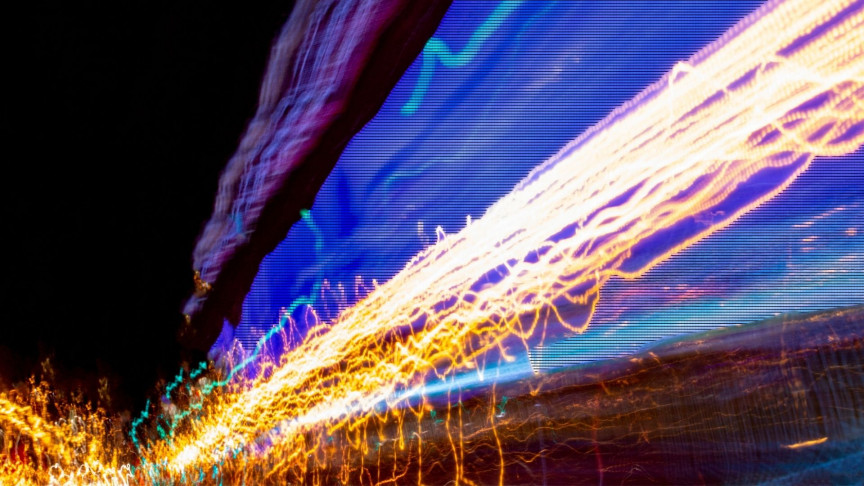 The year 1905 is referred to as the miracle year by physicists all across the globe because, in that one year, legendary scientist Alber Einstein published four papers that shaped the physics that we know today.

One of the major breakthroughs proposed by Einstein in 1905 was the quantum theory of light which posited that light is made up of small particles, known as photons, and these quantum particles have the ability to show wave-like properties.

From laser technology to television screens, there are various inventions that would have never been possible without the knowledge imparted by the quantum theory of light, it not only transformed the domain of quantum mechanics but also influenced various other branches of science.

Principles that led to the quantum theory of light

Scientists began to explore the various properties of light from as early as the 17the century, in order to understand its behavior, motion, and origin of light and develop ways to use this knowledge.

Proposed by Sir Isaac Newton, this theory argued against Christiaan Huygens’ theory that light was made of waves by suggesting instead that the geometric nature of reflection and refraction of light could only be explained if light were made up of particles. He referred to these particles as corpuscles. Newton proposed that every time light rays strike a surface, corpuscles are reflected back and that the density of a medium affects the velocity of light.

Huygens principle and the wave theory of light

Contrary to Newton, Dutch Mathematician Christiaan Huygens argued that light is made up of waves that propagate in a perpendicular fashion with respect to the direction of light. He further explained that every point that a luminous disturbance meets turns into a source of the wave itself. A new wave is then determined by the sum of the secondary waves, that result from the disturbance. Huygens’ principle was introduced in 1678 to explain the reflection and refraction caused by light rays.

Many years later, in 1801, British scientist Thomas Young conducted his ‘double-slit experiment’, which validated Huygen’s findings on the wave-like behavior of light.

In Young’s experiment, a beam of light from a single source was split into two beams, and the two beams were then recombined and superimposed onto a screen, resulting in a pattern of light and dark fringes on the screen. Young concluded that the fringes resulted from the fact that when the beams recombined, their peaks and troughs were not in phase. When two peaks coincide they reinforce each other, and a line of light results; when a peak and a trough coincide they cancel each other, and a dark line results.

The formation of the resultant wave or interference pattern by the superimposition of two waves was referred to as interference.

The double-slit experiment produced evidence contrary to Newton’s corpuscular theory, and it was the first practical proof of the wave theory of light. Thomas Young mentioned the experiment in Lecture 39 of his famous book A Course of Lectures on Natural Philosophy and the Mechanical Arts.

In the years that followed, French engineer August Fresnel’s findings on diffraction, the phenomena due to which light spreads when passed through a narrow aperture, also confirmed the relevance of the double-slit experiment.

James Clerk Maxwell formulated the theory that electric and magnetic fields propagate with the speed of light, and concluded that light is an electromagnetic (EM) wave. He also predicted the presence of the numerous EM waves that form the electromagnetic spectrum.

According to Maxwell’s wave theory of light:

Later, in 1886, Heinrich Hertz built a spark-gas transmitter composed of induction coil and a Leyden jar (a capacitor) to create electromagnetic waves, and a spark gap between two brass spheres to detect them. Using this apparatus, he detected radio waves (which also traveled at the speed of light). Hertz’s experiment proved the existence of EM waves proposed by Maxwell.

In 1900, Max Planck postulated that energy of light is emitted in the form of small packets of energy called quanta; and that the energy of each quanta is directly proportional to its frequency. Planck won the Nobel prize in 1918 for his work, which also set the stage for the development of quantum mechanics.

The notion that like matter, light also exists in the form of both particle and wave was further explained by Einstein and Louis De Broglie.

The emission of photoelectrons from a metal surface when light strikes the metal is called the photoelectric effect. The electrons released during this process are called photoelectrons and their emission is influenced by the frequency of the incident beam of light.

The photoelectric effect was first proposed in 1887 by Heinrich Hertz, who observed the occurrence of electric charge in a cathode ray tube when UV light hit the cathode. In 1897, physicist J.J. Thomson performed a cathode-ray tube experiment, which led to the discovery of electrons. Thomson also proposed the plum pudding model of the atom, in which negatively-charged electrons were embedded like raisins within a positively-charged “plum pudding”.

The photoelectric effect was explained in detail by Albert Einstein in 1905, when he proposed that light is made of tiny particles called photons (previously called quanta), with the energy of a photon given as

The minimum amount of energy required by an electron to leave the metal surface is referred to as threshold energy, and the minimum value of frequency of light that is sufficient to cause the photoemission of an electron is called threshold frequency.

The photoelectric effect follows the law of conservation of energy which states that energy can neither be created nor be destroyed. The energy of a photon is equal to the sum total of energy required to emit an electron and the kinetic energy of the emitted electron.

The photoelectric effect not only validated the particle nature of light but also strengthened the possibility of photons acting as a wave (since Einstein’s equation involved both frequency and wavelength). In 1921, Albert Einstein was awarded Nobel Prize in Physics for his exceptional work on the photoelectric effect and the quantum theory of light.

De Broglie put forward the idea that light exhibits wave-like properties such as frequency and wavelength, and dual nature is not a special case but the fundamental nature of light energy.

He combined Einstein’s special theory of relativity with Planck’s equation for energy to reveal the wave nature of light in the year 1924.

Now, we know that frequency and wavelength share an inverse relationship, and

In his theory, De Broglie explained that λ = h/mv demonstrate the wave nature of particles. He came to the conclusion that if a wave can show particle behavior then a particle (photon) is also able to exhibit the properties of a wave.

Significance of quantum theory of light in the modern world

More than 100 years have passed since the quantum theory of light got introduced to us, but even today this theory is so relevant that many modern-day discoveries and inventions are found to be based upon its underlying knowledge.

From cosmology to holograms, our understanding of light has changed the world in numerous ways.