Can Elon Musk, Bill Gates, or Jeff Bezos Save Humanity? 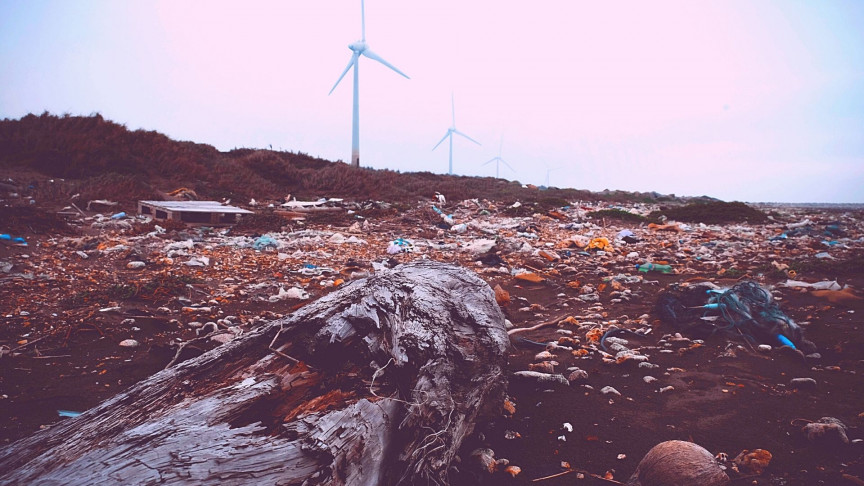 If humanity doesn’t change its ways, the Earth will no longer support life as we know it. After nearly a century of fossil fuel reliance, many nations are slowly taking meaningful action to slow and reverse the rate of carbon emissions.

Meanwhile, the richest billionaires in the world and their companies are among the first to make moves into sustainable energy, with net-zero goals. But can Elon Musk, Bill Gates, or Jeff Bezos save humanity from climate change?

Jeff Bezos recently announced his intentions to step down as CEO of Amazon, after founding and raising the company to its world-historic heights. But upon his departure later this year, the billionaire says he’ll focus on his $10 billion Earth Fund project — which aims to address climate change.

As of writing, Bezos has only funneled $791 million into the project — which will go to 16 environmental organizations. While this injection of funds is hefty, it’s only 8% of his promised commitment.

Since Bezos first announced his climate philanthropy grants in November, the funds have flattened the budgets of several major groups like the Environmental Defense Fund.

However, despite Bezos’ purported “passion” for supporting climate advocacy groups, his company will have a long way to go. Amazon’s plastic pollution has increased amid the COVID-19 pandemic — which has driven the worldwide demand for disposable packaging.

A recent report from the marine advocacy group Oceana and published in Science revealed the outsized effect of online shopping surges on marine ecosystems — evaluating data from the largest retailer on Earth: Amazon.

The report found that E-commerce sales experienced a projected growth rate of more than 20% in 2020 — likely because of widespread economic shutdowns, social distancing, and the rise of remote working. This surge in orders created a surplus of plastic waste.

Roughly 22.4 million pounds of Amazon waste in waterways from 2019

“[T]he plastic packaging and waste generated by Amazon’s packages [are] mostly destined, not for recycling, but for the landfill, the incinerator, or the environment including, unfortunately, our waterways and sea, where plastic can harm marine life.”

CEO of Tesla, SpaceX, and the richest billionaire in the world has founded entire companies based on a philosophy of a society-wide pivot to sustainable energy. Tesla delivered nearly 500,000 all-electric vehicles in 2020 — in a series of many firsts amid an auto industry still widely reliant on fossil fuel.

While this is impressive, the company voluntarily recalled nearly 135,000 Model S and X electric vehicles due to a design defect that puts a short lifespan on the vehicles’ backup camera, defrost and defogging controls, and the external turn signal lighting — all legally required.

Most recently, Musk announced a $100 million prize for the best carbon capture technology — to join the collection of world leaders, governments, and organizations that have advocated to slow or reverse the creep of climate change.

Musk has also argued that only a carbon tax — not conservation, innovation, or renewable energy — will hasten the transition away from fossil fuels.

However, Microsoft Founder Bill Gates recently made a subtle criticism of Elon Musk’s plans to settle Mars, saying he’s not a “Mars person,” and would rather invest in measles vaccines and confronting climate change than organize the settlement of Mars.

This is significant because it illustrates how — despite Musk and his companies’ apparent interest in confronting the challenges of climate change — the richest tech billionaire in the world is investing hedging his bets on humanity’s home.

A year ago, the company Gates founded, Microsoft, made a colossal climate pledge to remove all of its historic and future planet-heating emissions in the next few decades. Since then, the company has said it already reduced its carbon footprint by 6%. This may be incremental, but it’s far better than nothing.

Governments should step up climate action

However, with renewables now cheaper than ever, more governments than ever are making moves to reach “net zero.” When the new U.S. president took office, he signed an executive order on tackling the climate crisis — through “assessment, disclosure, and mitigation of climate pollution,” according to the White House’s official website.

However, government action on climate change couldn’t come soon enough. A 2020 report from the Pew Research Center found that the majority of U.S. citizens — two-thirds — believe they could see the effects of climate change in local communities, and were dissatisfied with government action to bring us to net zero on carbon. After all, it’s paradoxical to expect the very companies that share responsibility in bringing humanity into a climate crisis to ultimately save it.