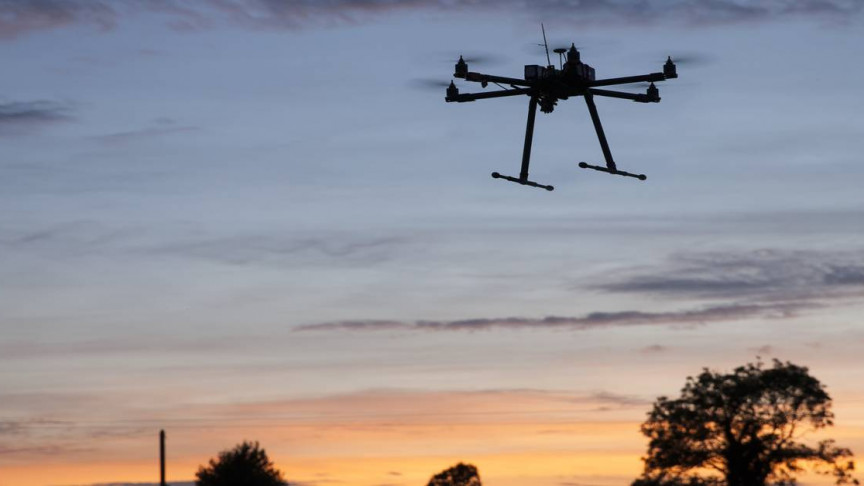 Not a day passes without a notable military development these days. One such innovation is a new hexacopter drone called the i9 that is equipped with a double-barrel shotgun barrel.

RELATED: WHAT YOU NEED TO KNOW ABOUT BECOMING A DRONE PILOT

The new drone can identify targets using artificial intelligence and can even be flown indoors. And that’s not all, the unmanned aerial vehicle could soon be upgraded with a rocket or chain gun.

The drone has been created for use in densely populated urban areas. It will provide commandos a first look into the areas they plan to breach into, making their work easier and safer.

According to The Times, commandos in Afghanistan have had many casualties during breaching missions. The new unmanned aerial vehicle is meant to alleviate some of those losses.

The drone, which is equipped with six rotating blades, will enter buildings first, identify possible targets, and take commands tethered to a live feed to shoot. It can also knock target drones out of the sky, this mode is also autonomous as both the targeting and the targeted drones can get pretty agile, too agile for manual control.

The news comes a month after the American military completed its second flight test of their new drones, achieving air launch and air recovery within 30 minutes.

“The air vehicle performed beautifully from launch through mission modes, and the consistency between the flight tests in November and July increases confidence in the X-61A,” said in a statement Scott Wierzbanowski, the Gremlins program manager in the Defense Advanced Research Projects Agency (DARPA)’s Tactical Technology Office.

The program called Gremlins has been making flights for risk reduction tweaks at the U.S. Army’s Dugway Proving Ground in Utah. It seems drones are the way of the future for military operations!