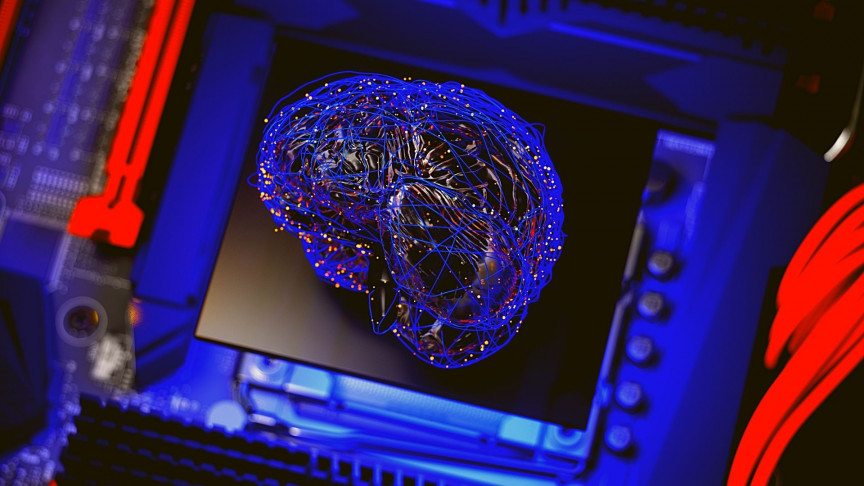 Brain-computer interfaces used in clinical trials have typically employed clumsy cables to connect to sensing arrays in human brains, so computers can decode neurological signals and transfer them to external devices — since wireless interfaces neglect the nuance of individual neuron-level fidelity. But, this is about to change for keeps.

BrainGate clinical trial participants suffering from tetraplegia — a medical condition where people are unable to move the lower and upper parts of their bodies — successfully demonstrated the use of an intracortical wireless brain-computer interface, via an external wireless transmitter, according to a recent study published in the journal IEEE Transactions on Biomedical Engineering.

And, crucially: the system transmitted brain activity down to a single neuron.

Brain-computer interfaces (BCIs) are a new and emerging assistive technology capable of helping people with paralysis type on computer screens or control robotic prosthetic limbs with their thoughts alone — transferring neurological intention of bodily movement into digital or robotic action. The new system can transmit brain signals down to the resolution of singular neurons, in full broadband fidelity without the need for physical tethers.

Ordinary cable connections were replaced with a small transmitter roughly 2 inches (5.08 cm) in maximum length, and weighing a little more than 1.5 oz (42 g). The device attaches to the top of a wearer’s head, and connects to an electrode array housed inside the brain’s motor cortex via the same port used in earlier, wire-intensive systems.

The study involved two clinical trial participants suffering from paralysis. They used the BrainGate system equipped with a wireless transmitter to successfully point, click, and type on a normal tablet computer. The researchers proved that this wireless system transmitted signals to nearly the same fidelity as wired systems, without sacrificing typing speeds or point-and-click accuracy.

“We’ve demonstrated that this wireless system is functionally equivalent to the wired systems that have been the gold standard in BCI performance for years,” said Assistant Professor of Engineering John Simeral of Brown University (BU), who is also a member of the BrainGate research consortium and was the lead author of the new study, in a BU blog post. “These signals are recorded and transmitted with appropriately similar fidelity, which means we can use the same decoding algorithms we used with wired equipment.”

“The only difference is that people no longer need to be physically tethered to our equipment, which opens up new possibilities in terms of how the system can be used,” added Simeral.

While an early one, this represents a critical step toward a major benchmark in BCI research, say the scientists: a wholly implant-capable intracortical system enabling restorative independence for those who’ve lost their natural ability for bodily motion. Lower-bandwidth wireless devices have been around for a while, but this new device is the first to transmit with the full-spectrum of signals we typically see an intracortical sensor record. With such high-broadband wireless signals, new doors into clinical research and fundamental neuroscience are opening, since wired BCIs substantially limit scientific and therapeutic potential.