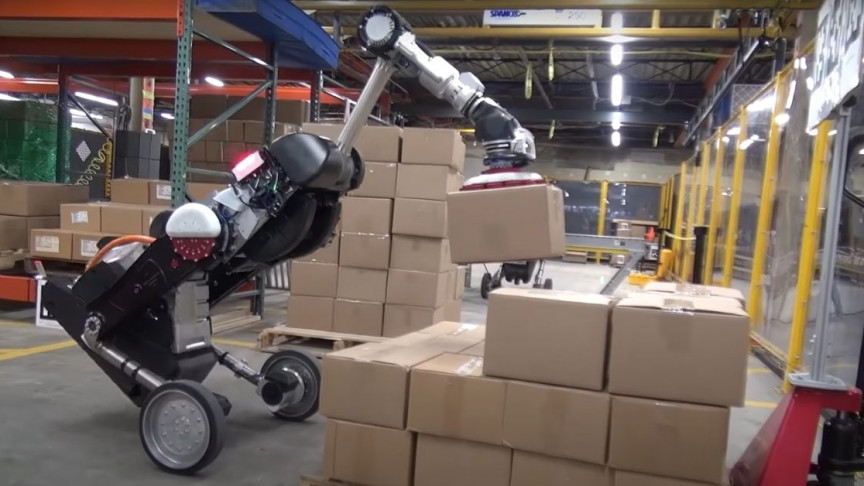 Boston Dynamics, the company which has made an overwhelming impression recently with their focus on rolling out robots for logistics purposes, appears to have some cool plans in the near future.

CEO of the company Robert Playter revealed during an interview with TechCrunch on the main stage of the Disrupt 2020 event.

A future of robot proxies

It seems that the demand for the Spot the dog increased as the company has recently made its purchase available both in Europe and Canada. And it is no coincidence that people needed autonomous robots in such a time of chaos, who could do a lot for them. Including herding sheep.

“People are realizing that having a physical proxy for themselves, to be able to be present remotely, might be more important than we imagined before,” Playter said. “We’ve always thought of robots as being able to go into dangerous places, but now danger has been redefined a little bit because of COVID. The pandemic is accelerating the sense of urgency and, I think, probably opening up the kinds of applications that we will explore with this technology” he continued.

Playter also mentioned that they have been working aggressively to get the price of Spot at an affordable level. And they will continue to work on this in the future.

The company is reportedly working on Handle’s upper version which will launch in 2022 and they are already getting customers in the line for testing prototypes. Clearly, that points up their ambition in close touch with the logistics industry.

Handle is a multitasking robot that can reach boxes in higher and lower shelves and move them in seconds. It also has the ability to fold into a compact form to for easier transportation.

Let’s not forget to mention Pick, which is not a robot but a depalletizing vision system and computer. It cannot work alone though, unless you attach it to another commercial robot.

“We have big plans in logistics,” Playter added. “we’re going to have some exciting new logistics products coming out in the next two years. We have customers now doing proof of concept tests. We’ll announce something in 2021, exactly what we’re doing, and we’ll have product available in 2022.”

If you remember the very first time you saw a robot running and turning somersaults in 2013, that means you are a big Boston Dynamics fan. That was the humanoid robot Atlas the company revealed to the public back then. However, it doesn’t appear frequently in the logistics industry as it was mainly intended for search and rescue tasks.

“It’s such a complex robot, and it can do so much it forces us to create tools we would not otherwise. And people love it — it’s aspirational, it attracts talent,” Playter revealed his thoughts on Atlas.