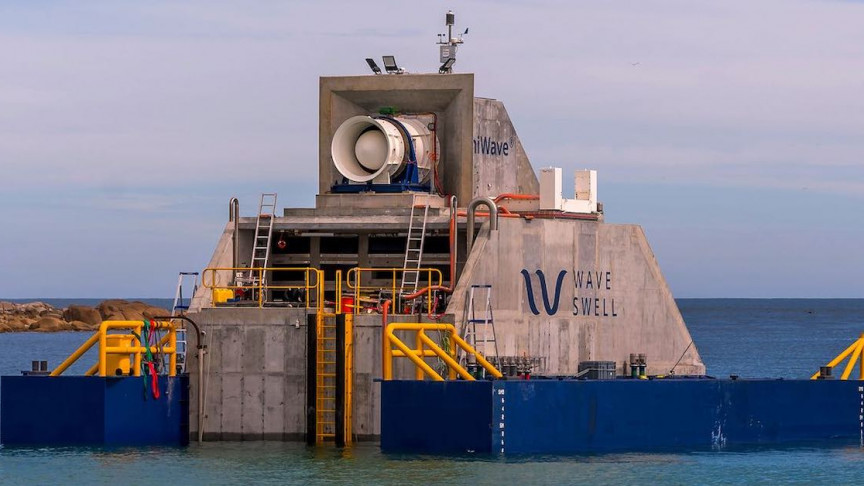 A wave-harnessing unit that generates energy through a “blowhole” is set to undergo testing at a remote Tasmanian island. The project is backed by investors and federal grants, The Guardian writes.

The unit, called the Uni Wave200 generator, will be connected in approximately a month’s time at King Island in Bass Strait, after which it will be powered simultaneously by wave, wind, and solar energy.

All going well, the company behind the technology, Wave Swell Energy, aims to expand its project along Australia’s massive stretch of the southern coastline.

The pilot will provide vital data for the company to hone its technology for future use, Wave Swell Energy co-founder tells The Guardian.

“It’s very much like an artificial blowhole,” he explains. “There’s a big underwater chamber that’s open out the front, so the water is forced into the chamber.”

“It pushes that air back and forth. The movement of air that spins the turbine and produces electricity,” he continued.

Wave energy could power city of Melbourne by 2050

As Australia’s southern coast is characterized by large swells fueled by strong winds, it is an ideal location for the company to test its technology.

In fact, research from CSIRO estimates that wave energy could account for up to 11 percent of Australia’s energy by 2050, which would be enough to power the city of Melbourne.

As the Uni Wave has been deployed to an area with large swells, the process of transporting the unit involved a marathon 40-hour crossing to King Island from the Port of Bell Bay on Tasmania’s Tamar River.

Wave Swell Energy’s current boat-like wave-harnessing unit can generate up to 200kW of power — in the future, it plans to build larger models that could generate up to 1,000kW.

King Island, with its population of approximately 1,700 people, already draws roughly two-thirds of its energy from renewables but aims to be powered by up to 100 percent green energy.

“This is just a demonstration of the technology at this stage,” Denniss said. “The aim of the project is to get a good estimate and generate data on how much it produces in different-sized waves.”

ARENA, one of Wave Swell Energy’s backers, explains that the Uni Wave200 will be trialed for at least 12 months before being refloated for removal: a process which has been tested and shown to leave the seabed unharmed.