Billionaires in America Gained $2.1 Trillion In the Pandemic 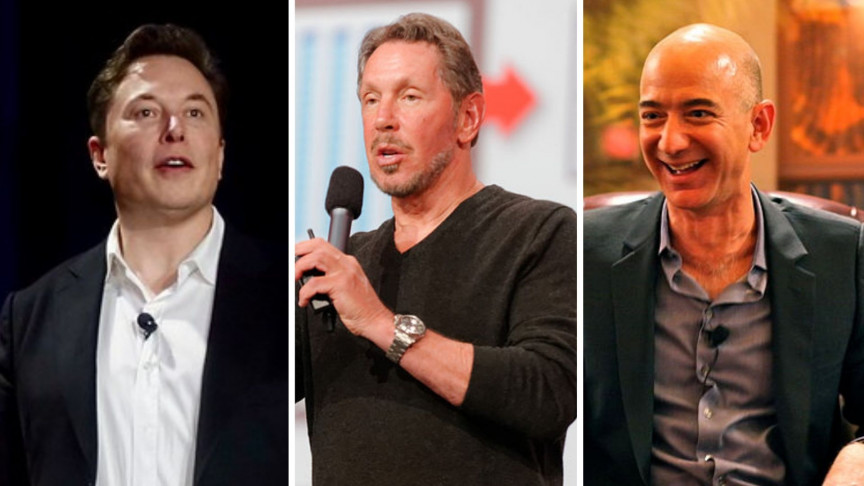 Even as 89 million Americans lost their means of livelihood during the COVID-19 pandemic, the net worth of billionaires in the U.S. rose by an average of 70 percent, a recent report from the Institute of Policy Studies (IPS) and Americans for Tax Fairness (ATF) suggested. The institutions studied billionaire data between 18 March 2020 and 15 October 2021 to also report that the number of billionaires in the U.S. had risen from 614 to 745.

Putting the numbers into perspective, the report said that the $2.1 trillion gain is 60 percent of the budgeted cost of President Joe Biden’s Build Back Better plan that is expected to spend $3.5 trillion. While Biden plans to spend this amount over a period of ten years, the billionaires made this money in a matter of just 19 months.

As the world moved to a more digital mode of life, technology companies could be expected to make more monies. Among the gainers were Bill Gates and Steve Ballmer who earned $34.4 and $44.2 billion during this period due to their holdings in Microsoft.  Oracle co-founder and chief technology officer, Larry Ellison’s wealth more than doubled as his net worth reached $124.5 billion, ATF reported in the publicly shared data.

Google founders Larry Page and Sergey Brin also made similar gains of over $65 billion mark as their fortunes swelled from about the $50 billion mark in March last year. Facebook founder Mark Zuckerberg also ranked in the top gainers with a 114.9 percent rise in net worth even after losing $6 billion during the recent outage of the company’s offerings.

Amazon founder Jeff Bezos was one of the top gainers during the year with an almost $80 billion rise in net worth but topping the chart is Tesla and SpaceX founder Elon Musk who saw a meteoric 751 percent in this net worth during this period and toppled Bezos from the title of the ‘richest person’ in the world.

The full data set and list of billionaires can be found here which also includes popular names like Warren Buffet, Michael Bloomberg, and the Walton family in the top 15. Since this rise in income is a result of the increased value of stocks these individuals hold, they are not taxed until they are sold. However, the ultra-rich use these fortunes to borrow money at low rates, never paying taxes, ATF said in its report.

Even when they sell these stocks, the tax applicable is the capital gains tax that is topped at 20 percent, much lower than the 37 percent paid by the middle-class if, on equivalent salary, ATF elaborated on its findings. On average, billionaires pay a federal income tax of 8 percent, much lower than what teachers, nurses, or firefighters pay annually. In fact, Musk, Bezos, and Bloomberg have not paid any tax in recent years, the report goes on to state.

Business Insider cited an Internal Revenue Services (IRS) report that says that the top one percent of Americans fail to disclose a quarter of their incomes which is further doubled when only the 0.1 percent Americans are considered, leading to billions in unreported taxes.

ATF elaborated on a Billionaire Income Tax (BIT) that is currently under development, but if applied would annually tax tradeable assets such as stocks. As per current numbers, it would apply to a little over 700 households in the U.S., something that is supported by President Biden.