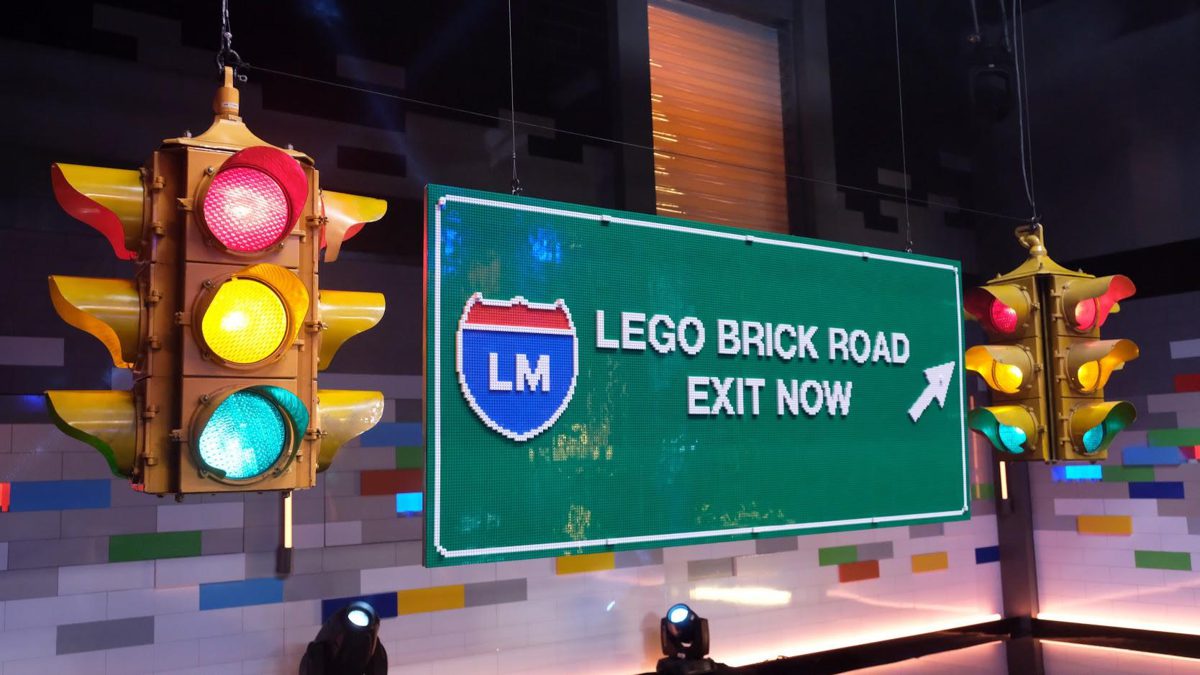 Admit it. At least once in your life, you’ve considered ditching everything to just stay home and play with Legos all day. Not many of us have followed through on that impulse, but Nathan Sawaya is living the dream.

Once a high-powered corporate lawyer in New York City, Sawaya was searching for a creative outlet and returned to the toy he’d played with as a child. After posting a few Lego sculptures online, he began creating builds on commission and eventually retired from law to become one of the world’s most heralded builders. He’s built work for celebrities like Lady Gaga and Bill Clinton and created “Art of the Brick,” a traveling exhibition of his sculptures. 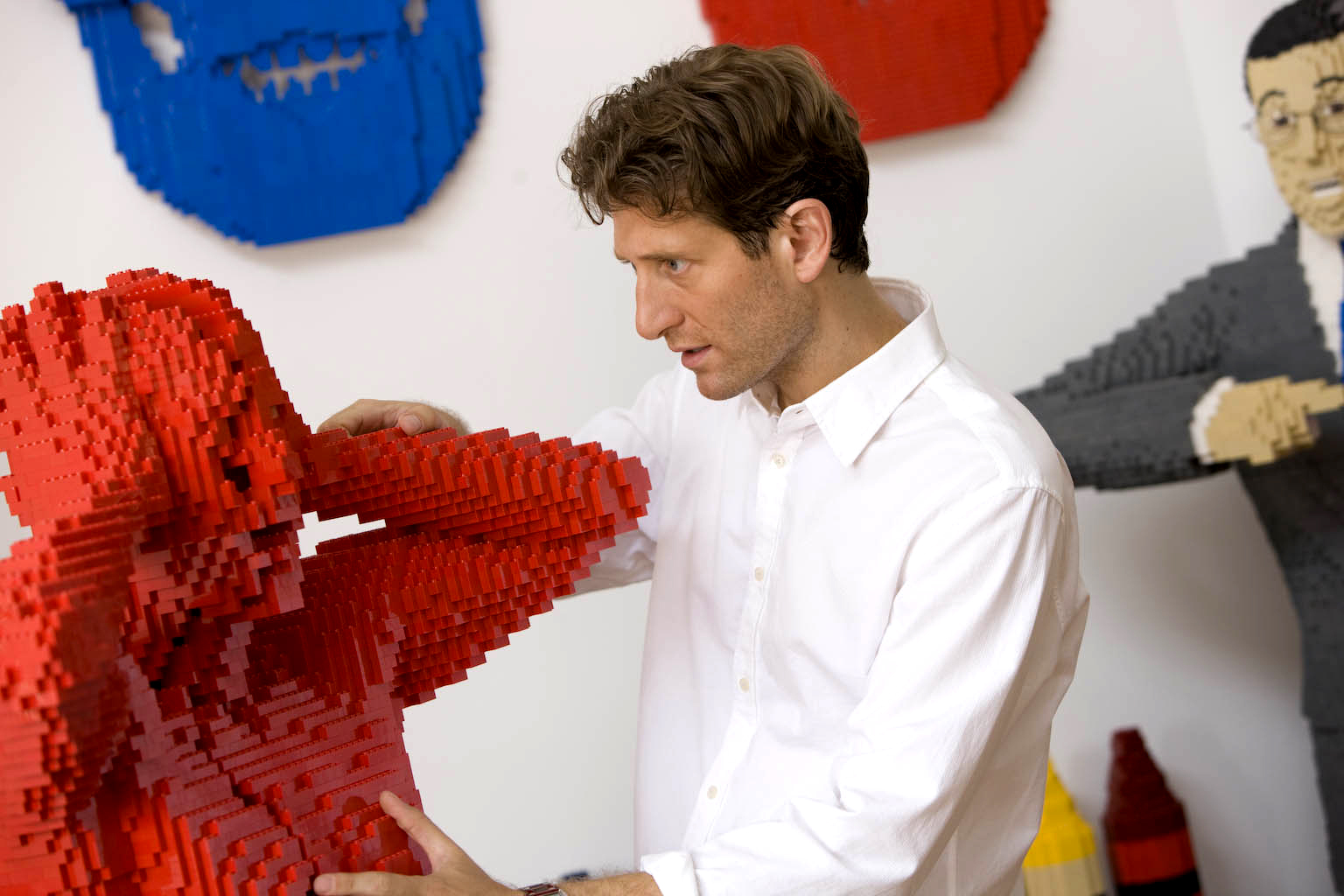 Sawaya also works as a consulting producer and “artist in residence” for Fox’s surprising reality show hit Lego Masters, where 10 duos of expert builders from all walks of life go up against each other for a $100,000 grand prize. You can buy a lot of Technic with that.

Lego Masters takes some inspiration from a recent wave of more genial reality competitions, like the unlikely hit Great British Baking Show. The teams are doing their best to outdo each other with bigger and more ambitious builds, but there’s no sniping and cruelty—they legitimately care about each other, and the eliminations at the end of each episode get more and more tear-filled as their bonds deepen.

The show is rapidly approaching its April 15 finale, where the prize will be awarded after one last challenge. Over the episodes we’ve seen, builders have created 1,000-pound Lego bridges, sculptures that exploded spectacularly, and fantastic dioramas dictated by kids. We can only assume the ultimate build will top them all.

We sat down with Sawaya to discuss how he was brought on board, how the challenges are put together and whether there will be a second season.

PCMag: When did you start working on Lego Masters?
Nathan Sawaya: Endemol Shine, the production company, reached out a year before production started. They stopped by my studio for a visit and we just started chatting about what was possible. Then when we got the greenlight I was brought in officially as a consulting producer and artist in residence.

What exactly does an ‘artist in residence’ do on a reality TV show?
Well, this is a very different type of reality show. It’s all about Lego, and that’s my life. So I started out working on the set dressing. You’ve probably noticed a lot of the set dressing and signage is actually built from Lego here in my shop.

Then we moved on to develop a lot of what the contestants would be using and building upon. A good example is the Mega City build from episode five. Each of the teams of builders were tasked with constructing a block of the city, but myself and my team built the rest of the city over the course of three days.

Are you part of coming up with the challenges for the builders?
The show has a pair of “challenge producers” who devise the basic concepts for each challenge. Then I would consult with them to talk about what kind of time limit we could give to them. We wanted to come up with a limit that would be impactful, with plenty of time to make something fantastic but also put them under pressure.

One thing I find interesting about the show is the extensive time limits the builders have for their tasks. It’s rare we see a competition like this, where a single challenge can take as long as 14 hours.
You’d think so! But when I work on my life-size human forms, which is the work I’m best known for, I spend weeks on those. For them to be pulling off these fantastic works in eight, 10 hours—that’s an amazing amount of work to be getting done in that time period. The thing with Lego is that you don’t see a lot of progress really fast before the build comes together, but these guys are really moving.

Were there any projects you wanted to do that didn’t make the show?
We’ve had some fun, wacky ideas, yeah. Part of this being a first season was that we were a little excited about putting stuff out there. We didn’t know how well it would go, so some of the crazy ideas we held back on hoping that there would be a second season that we could bring them out on. I worked on a lot of different experiments in my shop, building things that didn’t get used for the final product, but that’s part of the process. The hope is that we’ll be able to revisit some of the challenges and introduce some new ones down the road.

One challenge I thought was very interesting and surprising was the bridge building challenge, where the entire crew was surprised when some of the bridges held over half a ton.
It took it in a different direction! Until then, the challenges had been very artistic, and now it flips it on the head and says “this is all about engineering now.” Yes, there’s an artistic component, but you have to have a completely different skillset to take it from story building to engineering. Certain teams have different techniques. Some are using broad Lego tech across the board, while others are using narrower techniques and they’re no longer part of the show. You really have to have a broad skillset to make it to the finals.

The show seems to be doing well. Is there any talk of a second season yet?
Lego has been my career for the past 10-15 years now, and it was a huge honor being asked to be a part of Lego Masters. Jamie Berard, the brickmaster, and I have known each other for 16 years, but he’s been living in Denmark (where Lego headquarters is), so it was fun to circle back and touch base with him. It was a great project to launch, and I will be thrilled if we get to do a second season.