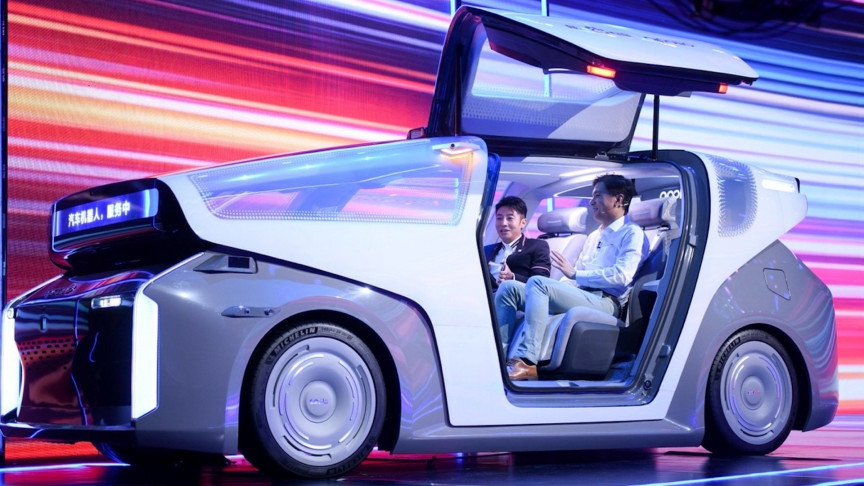 During the annual Baidu World conference, held on Wednesday, August 18, the company unveiled its second-generation AI chip, called Kunlun 2, and announced that it had started mass production of the semiconductor. The Beijing-based search engine firm — which closed a funding round in March valuing it at $2 billion — is keen to consolidate its position as one of the world’s biggest tech firms by focusing on AI and self-driving solutions.

Baidu said the new chip, which uses 7 nm process technology has a computational capability close to three times larger than its first-generation Kunlun chip, which was launched in 2018. Chinese companies including Baidu, Alibaba, and Tencent, have increased their focus on chip manufacturing in recent years to reduce their dependence on US-based chip manufacturers such as Nvidia and Qualcomm.

During the event, Baidu also revealed the “Robocar,” an autonomous car with Delorian style swinging doors and a big screen in the interior to keep steering wheel-deprived passengers entertained. Baidu unveiled little in the way of spec for the vehicle, and it’s possible that the prototype may never be mass-produced and may just serve as a cool concept to highlight the unveiling of the Kunlun 2 chip.

Aside from the Robocar and Kunlun 2, Baidu also announced that it was rebranding its robotaxi service smartphone app by changing its name to “Luobo Kuaipao”. The app currently allows users to hail a robotaxi in limited regions of Beijing and Guangzhou. With the rebranded app, Baidu also announced its plans to expand these operations. As for hardware, the company also announced a new smart screen and a TV featuring Xiaodu, Baidu’s AI voice assistant.

Back in 2019, Baidu overtook Google in the smart speaker market after showing a massive year-on-year growth of 3,700 percent. That figure showcases the immense power of the Chinese market and it is just one example of why many believe that China’s AI capabilities may greatly exceed those of other world powers in the near future. Much like with Google, which makes much of its money by tracking people’s data, Baidu also courted controversy last year by releasing an AI that kept track of whether people were wearing their face masks as cases of COVID-19 surged in the country.