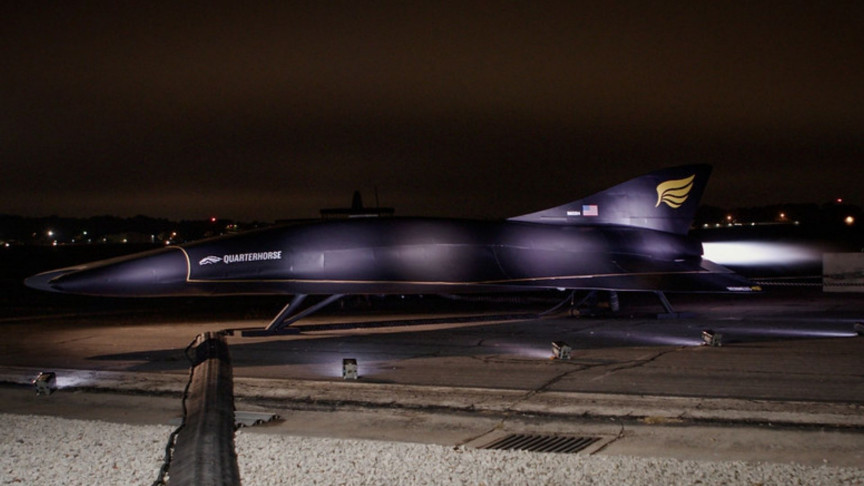 Aircraft unveilings are nothing more than a light or laser show around a styrofoam and fiberglass build, claims aircraft startup Hermeus. So for the unveiling of its own hypersonic aircraft prototype, the company gave the audience a real feel of the aircraft after firing the afterburner at full throttle. Here’s a short video of what went on at the event.

According to its website, Hermeus was founded in 2018 with the singular aim of bringing hypersonic travel to commercial flight operations. By traveling at five times the pace of current aircraft, the startup wants to not only move people faster but also contribute to global economic growth. By its estimates, hypersonic travel will add four trillion dollars to the global economy every year.

Earlier in August, Hermeus found a partner and investor in the U.S. Air Force that provided the startup a grant of $60 million, apart from support from the Air Force Research Laboratory (AFRL). According to the company’s COO, Skyler Shuford, the team at Hermeus took its hypersonic concept to a prototype in a matter of four months.

The prototype called Quarterhorse was not designed to fly but had all the components of its hypersonic engine. Hermeus is using the GE J85 turbojet engine as a model to make a turbine-based combined cycle (TBCC) engine. We are seeing the applications of similar technology in hypersonic missiles, however, Hermeus plans to make the fastest reusable aircraft in the world. The partnership with the Air Force also suggests that Hermeus’ technology could be used to develop military aircraft as well.

The long-bodied aircraft on display in the video did not have landing gear or any of the flight systems to show off, so a lot of development around flight is still in the works. Previously press releases have used ‘autonomous’ to describe its aircraft, so the company might even have that to showcase the next time around. Interestingly, that is not very far. Flight testing is reportedly scheduled to begin early next year.

Traveling at 3,000 miles an hour (4,828 kph), hypersonic flights could reduce the travel time from New York to London from currently seven hours to 90 minutes, Hermeus adds.