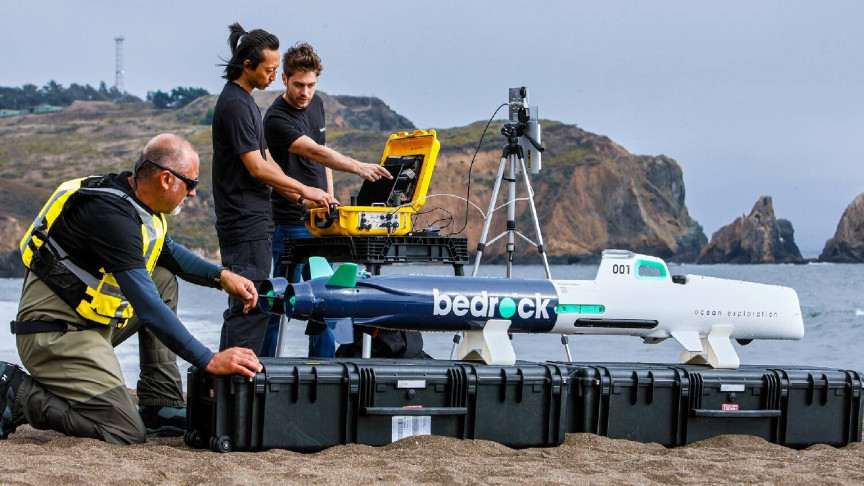 Last January, President Joe Biden signed an executive order that directed federal agencies to “procure carbon pollution-free electricity.” Now, developers are rushing to figure out where it’s safe and efficient to install offshore wind farms as the departments of Energy, Interior and Commerce revealed they were aiming for U.S. offshore wind capacity to hit 30 gigawatts (GW) by end of this decade.

Bedrock, a Richmond, California, start-up, has come up with an innovative solution for this search. It aims to map the seafloor using electric autonomous underwater vehicles (e-AUV) to find where it may be suitable and viable to install offshore wind farms, a report from CNBC reveals.

If the technology seems familiar it’s because we have already seen something quite similar. Terradepth, a startup based in Austin, Texas, reported how it could soon send its autonomous submarine, Abraham, out to explore the oceans in a bid to democratize knowledge of the world’s oceans.

In a press release, Terradepth explained that the initial phase one tests of Abraham “conclusively demonstrated that the company’s uncrewed submersible could collect underwater data, process the data, understand features of import, and automatically retask itself with no human intervention.”

Bedrock co-founder and CEO Anthony DiMare explained to CNBC how his new technology is somewhat similar. Bedrock’s submarines forgo the need for traditional marine surveys that would require large ships and heavy sonar equipment, cost hundreds of thousands of dollars, and take up to a full year to produce results.

Instead, his company’s electric mini-subs use lighter-weight sonar and other sensors and send their collected data to Bedrock’s cloud-based service that is usable right away from a PC.

Bedrock’s electric submarines are also eco-friendly as they run on lithium-ion batteries. But that does not limit them in any way as they can conduct surveys up to 985 feet (300 meters) in depth.

Finally, Bedrock is not just about scouring sites suitable for offshore wind power. It also has another lofty goal. On the firm’s site, Bedrock states that the firm is “committed to providing the world with a free, publicly available map of our world’s oceans, 50x more detailed than the current best public map available.”