At 250 MPH, This Strange Ride is the ‘World’s Fastest Electric Motorcycle’ 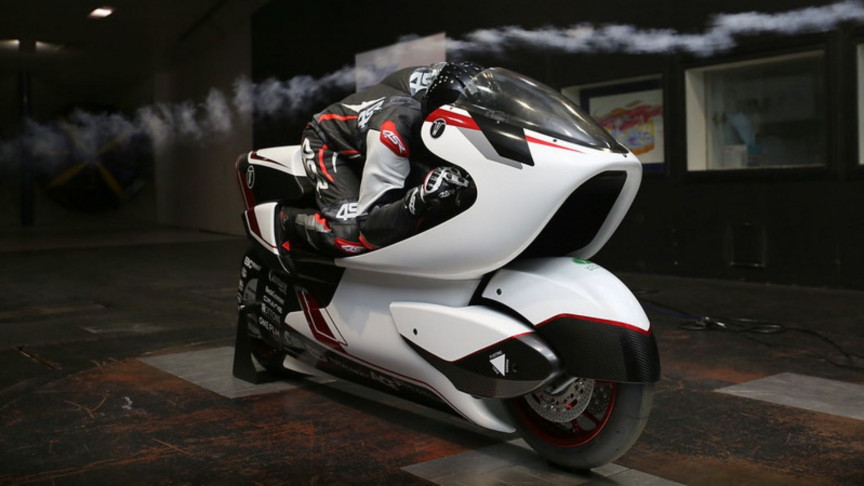 Riding a bicycle as a child, you must have noticed how punishing the air gets as you start going faster. After a point, you just accept defeat and give up. But if you are a big fan of high speeds and want to design the fastest bike on the planet, you have to find a way against this adversary.

This is what motorcycle designer Robert White has done by putting a hole in the center of his bike. The results he got are pretty stunning.

White, the founder and CEO of White Concept Motorcycles, is an engineer with 22 years of experience working with cars in Formula 1 and other racing events. Thanks to cars’ larger size, designing aerodynamics is easy.

Motorcycles, on the other hand, are smaller and need to compensate for the human on the seat, who can only crunch into positions that are aerodynamic. So, when White wanted to design the fastest motorcycle, he needed to think out of the box. But White did not have to go very far.

His experience in racing had taught him enough about the Venturi effect. Racing cars are designed to allow air to flow over, under, and around the vehicle. But to reduce the drag on the vehicles, you simply need to allow the air to pass through the vehicle. This is done by creating tunnels in the body design through which air can simply pass.

White used the same principle to design his new bike, the WMC250EV. He put a large carbon tunnel in the center to allow the air to pass through the bike. While this might sound very unusual and extreme, White claims, they were able to reduce drag on the bike by a mind-blogging 69 percent, when compared to a leading superbike. The company claims that this should allow the bike to a top speed of 250mph (402 kph), which will be tested in 2022.

The design also takes away the mechanics used to steer the bike. Instead, the bike uses a hydraulic steering system to control the front wheel. The rear wheel is chain-driven by two 30kW electric motors. The battery pack sits below the tunnel and has a capacity of 15kWh.

White has patented this technology globally and aims to make the concept mainstream in the future. The future of electric motorcycles is promising and exciting.