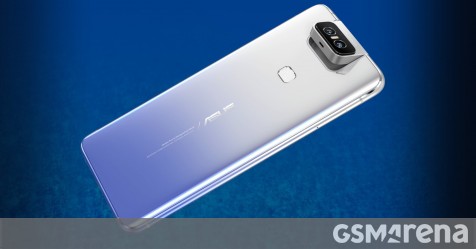 Since the Asus Zenfone 7 will share the Snapdragon 865 chipset with the ROG Phone 3, it shares kernel code with it too. That revealed a cache of information about the components that will make up the phone.

First, the chipset. This phone, ZS670KS, uses the standard S865 chip (you can tell because it has the FastConnect 6800 instead of the 6900 found in the S865+). That’s in line with the rumors so far, the Zenfone 7 will use the vanilla chip while the 7 Pro is supposed to get the plus version.

Kernel configuration for the FastConnect 6800 (meaning an S865 chipset)

Moving on to the screen, it’s a BOE-made LCD measuring 6.4” in size and with 1,080 x 2,340 px resolution. The refresh rate is set at the standard 60 Hz. Goodix supplied the fingerprint reader which will be either side or rear-mounted. There’s also a microSD card slot.

It appears that the display will once again be notch and punch hole free as Asus will use a flip up camera just like on the 2019 model. The motorized flip will have three modules – wide and ultra wide cameras plus a 3D ToF sensor.

Kernel configuration for the 64 + 12 MP cameras (and ToF sensor)

Overall, the Asus Zenfone 7 is shaping up to be very similar to the Zenfone 6, aside from the upgraded chipset and main camera (was 48 MP with no ToF last year). The Zenfone 7 Pro will allegedly sell for €500, so the vanilla version should be cheaper. Not a bad spec sheet given the price, but that 60 Hz screen looks a bit outdated.