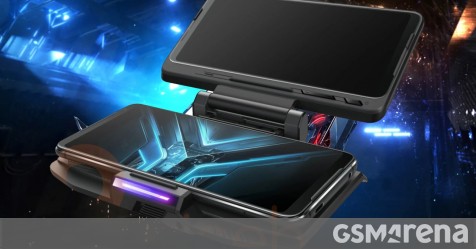 The Asus ROG Phone 3 is reveal nearly upon us (it’s scheduled for tomorrow) and just like the two models before it, this one will come with a variety of accessories meant to augment the phone. Here’s an early, unofficial look at them.

The new Kunai Gamepad follows the same basic philosophy as before, however, the right analog stick has moved to the bottom, pushing the action keys above. Also, the select, start and other auxiliary keys have moved to the “joy-cons” while in the 2019 edition they were on the additional grip. 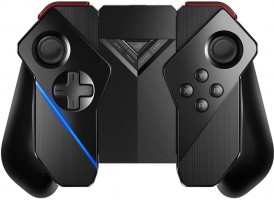 Then there’s the Lightning Armor case, which seems to feature an active LED grid. This is similar to the AniMe Matrix Display that Asus introduced on the Zephyrus G14 earlier this year.

All the other accessories rely on the ROG Phone 3’s side USB-C port for power and communication, but this case seems to leave the side port wide open – maybe this is powered with NFC, though we wouldn’t have thought that could provide enough power for this many LEDs. 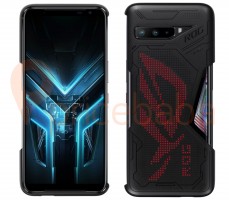 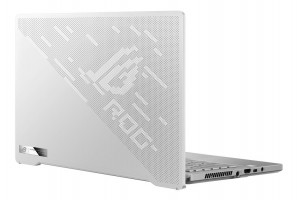 The TwinView Dock seems unchanged – last year’s dock added a second 120Hz display, this one probably will as well (or perhaps 144 Hz to match the phone). The AeroActive Cooler as a new design for the fan grille but otherwise appears identical. As you can see, both accessories add a 3.5mm headphone jack and feature RGB lighting. 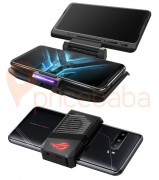 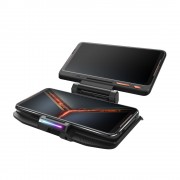 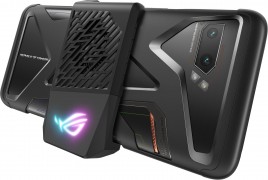 The Asus ROG Phone 3 will be unveiled tomorrow, but if you want a closer look at the phone itself, you can check out these leaked renders. This will be one of the first phones to equip the new Snapdragon 865+ chipset. Rumor has it that the phone will indeed switch to a 144 Hz screen (a 6.59” OLED) and will pack a 6,000 mAh battery with 30 W fast charging.