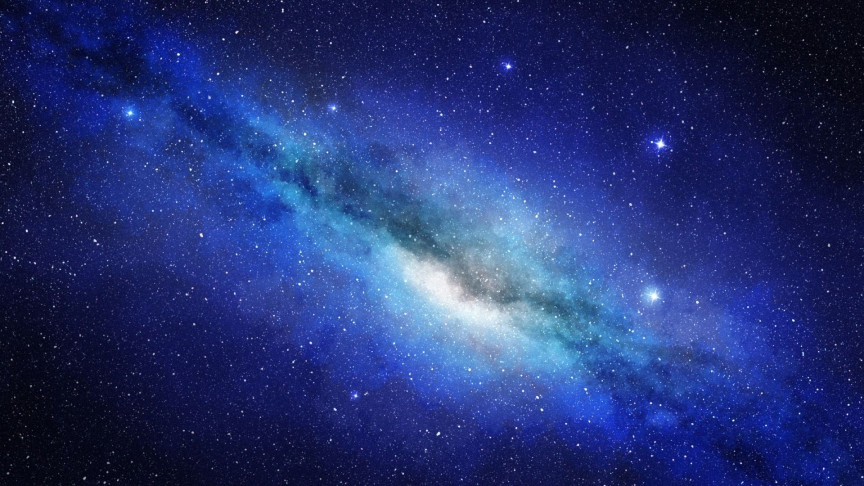 The universe is engulfed in enigmas.

And a team of astronomers from the University of Copenhagen’s Niels Bohr Institute have spotted two galaxies 29 billion light-years away from Earth using the giant Atacama Large Milimeter Array (ALMA) in Chile’s Atacama Desert.

These galaxies had previously been invisible to the optical lens of the Hubble Space Telescope, and they appeared from behind a thick layer of cosmic dust, thanks to a technology that combines the light of 66 antennae to generate a high-res image of the sky and can capture radio waves from the darkest depths of the universe.

Unveiling the secrets of the universe

The astronomers were studying a collection of extremely far away galaxies that had been previously discovered using the Hubble Space Telescope. “And then we noticed that two of them had a neighbor that we didn’t expect to be there at all,” said Associate Professor Pascal Oesch of the Cosmic Dawn Center at the Niels Bohr Institute, in a press release. “As both of these neighboring galaxies are surrounded by dust, some of their light is blocked, making them invisible to Hubble.”

The two invisible galaxies have now been named REBELS-12-2 and REBELS-29-2, and their light has traveled about 13 billion years to reach us, and due to the expansion of the universe, they’re now located 29 billion light-years away.

The latest findings indicate that the very early cosmos contains substantially more galaxies than previously thought. They are merely concealed beneath dust made up of tiny particles, and they can now be spotted thanks to the ALMA telescope’s exceptional sensitivity and the researchers’ method. In fact, according to the researchers, between 10 and 20 percent of such early galaxies could still be obscured by veils of cosmic dust. These figures are based on comparisons of these galaxies to previously identified sources from the early cosmos, some 13 billion years ago.

“Our discovery demonstrates that up to one in five of the earliest galaxies may have been missing from our map of the heavens. Before we can start to understand when and how galaxies formed in the Universe, we first need a proper accounting,” explained Pascal Oesch. Thankfully, NASA, ESA, and the Canadian Space Agency have built a novel telescope called the James Webb Space Telescope to help with this mission, and the telescope will be able to see much further into the universe thanks to its improved strength and technology.

However, the James Webb Space Telescope has been plagued with delays and cost increases, and most recently, an incident with a clamp band has caused the launch of the telescope to be postponed once more. Following the mishap, NASA reported that the launch readiness date has been pushed back to no earlier than December 22. Hopefully, this is the last of the delays that the telescope will encounter on its journey out, as it has a lot of discoveries to make.