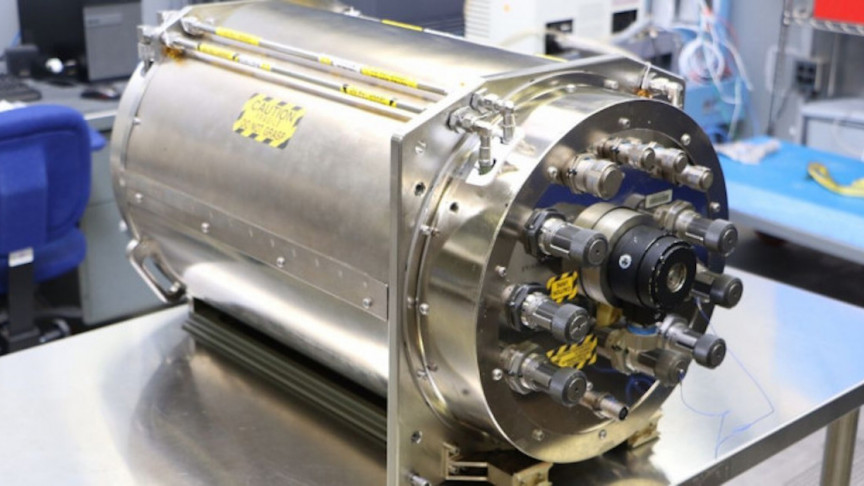 Drinking water is a precious resource in space that must be transported from Earth. That’s why astronauts aboard the International Space Station (ISS) use incredibly advanced filtration technology to recycle sweat and even their own urine for drinking water.

Now, Aquaporin, the company that designed NASA’s wastewater recovery system, aims to use its technology down on Earth, CNN reports. The company hopes its technology will improve access to drinking water worldwide.

Aquaporin claims that the same technology used to help astronauts drink clean water has the capability to clean other types of wastewater. In doing so, it could create entirely new drinkable water supplies in countries affected by water shortages.

As Futurism writes, the technology works similarly to the way our kidneys filter contaminants out of fluids: wastewater flows through proteins called aquaporins that stop everything but the water from passing through.

“It has an enormous potential,” Dines Thornberg, innovation manager at BIOFOS, Denmark’s largest state-owned wastewater facility, told CNN. “I think the Aquaporin system could lead the way in actually creating clean, affordable drinking water from wastewater in the future. I am really optimistic that we can meet the challenges of water scarcity in many parts of the world with technologies like this.”

Space technology trickling down to Earth

According to CNN, approximately 2 billion people don’t have access to clean drinking water. Auqaporin’s system could be used to remove pollution, contaminants, and even plastics from water supplies to make them drinkable.

With NASA aiming to land the next man and first woman on the Moon by 2024 and planning to take the first humans to Mars in the 2030s, Aquaporin’s system will indeed help astronauts reach further into space than ever before. As is often the case, space’s most important technologies eventually find their way back down to Earth.