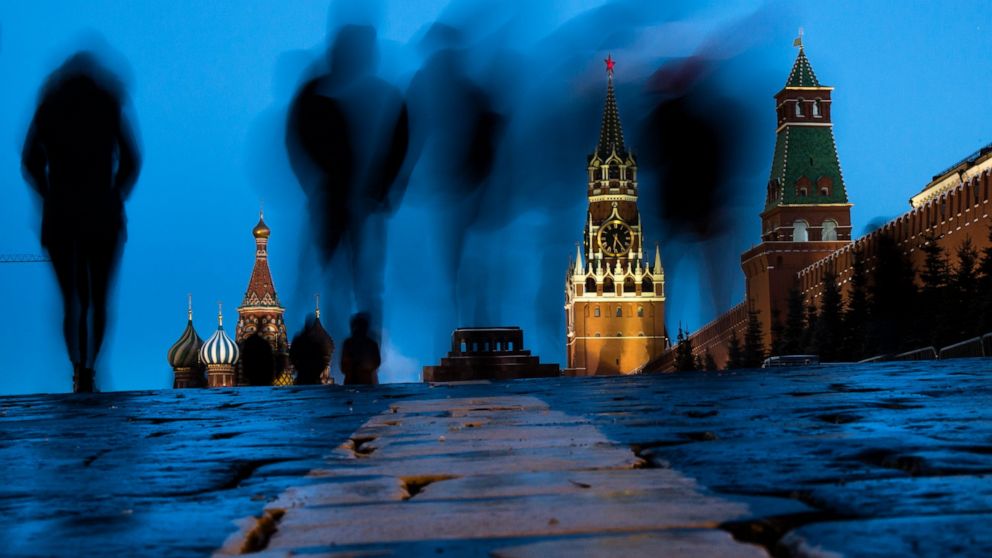 By one estimate, up to 70,000 computer specialists, spooked by a sudden frost in the business and political climate, have bolted the country since Russia invaded Ukraine five weeks ago. Many more are expected to follow.

For some countries, Russia’s loss is being seen as their potential gain and an opportunity to bring fresh expertise to their own high-tech industries.

Russian President Vladimir Putin has noticed the brain drain even in the throes of a war that, according to the U.N. refugee agency, has caused more than 4 million people to flee Ukraine and displaced millions more within the country.

This week, Putin reacted to the exodus of tech professionals by approving legislation to eliminate income taxes between now and 2024 for individuals who work for information technology companies.

Some people in the vast new pool of high-tech exiles say they are in no rush to return home. An elite crowd furnished with European Union visas has relocated to Poland or the Baltic nations of Latvia and Lithuania.

A larger contingent has fallen back on countries where Russians do not need visas: Armenia, Georgia and the former Soviet republics in Central Asia. In normal times, millions of less-skilled laborers emigrate from those economically shaky countries to comparatively more prosperous Russia.

Anastasia, a 24-year-old freelance computer systems analyst from the Siberian city of Novosibirsk, chose Kyrgyzstan, where her husband has family.

“When we heard about the war on (Feb. 24), we thought it was probably time to leave, but that we might wait and see. On February 25, we bought our tickets and left,” Anastasia said. “There wasn’t much thinking to do.”

Like all the Russian workers contacted for this story, Anastasia asked to remain anonymous. Moscow was cracking down on dissent even before the invasion of Ukraine, and people living outside Russia still fear reprisals.

“As long as I can remember, there has always been fear around expressing one’s own views in Russia,” Anastasia said, adding that the war and “the background noise of patriotism” made the environment even more forbidding. “I left one day before they began searching and interrogating people at the border.”

The scale of the apparent brain drain was laid bare last week by Sergei Plugotarenko, the head of the Russian Association for Electronic Communications, an industry lobbying group.

Only the high cost of flights out of the country prevented an even larger mass exit. Another 100,000 tech workers nevertheless might leave Russia in April, Plugotarenko predicted.

Konstantin Siniushin, a managing partner at Untitled Ventures, a tech-focused venture capital fund based in Latvia, said that Russian tech firms with international customers had no choice but to move since many foreign companies are hastily distancing themselves from anything Russia-related.

“They had to leave the country so their business could survive, or, in the case of research and development workers, they were relocated by HQs,” Siniushin wrote in emailed remarks.

Some nearby countries are eager to reap the dividends.

Russian talent is primed for poaching. A 2020 Global Skills Index report published by Coursera, a leading provider of open online courses, found that people from Russia scored highest for skill proficiency in technology and data science.

As soon as the war started in Ukraine, the Central Asian nation of Uzbekistan radically streamlined the process for obtaining work visas and residence permits for IT specialists.

Anton Filippov, a mobile app programmer from St. Petersburg, and the team of freelancers with whom he works made the move to Tashkent, the Uzbek capital, where he grew up, even before those incentives were made public.

“On February 24, it was like we had woken up to this different terrible reality,” Filippov said. “We’re all young, less than 27 years old, and so we were afraid we might be called up to take part in this war.”

As in-demand tech workers explore their options, their diaspora resembles a roaming caravan. Some countries, like Uzbekistan, are picked as stepping stones because Russian citizens do not need visas for short-term stays. But young professionals like Filippov do not plan to necessarily stay where they first landed.

“If the conditions they find differ from the ones they were promised, they will simply move on,” he said.

In many cases, entire companies are looking to relocate to avoid the fallout from international sanctions. A senior diplomat from another Russian neighbor, Kazakhstan, made a naked appeal this week for fleeing foreign enterprises to come to his country.

Kazakhstan is eyeing high-tech investors with particular interest as the country tries to diversify its economy, which relies on oil exports. In 2017, the government set up a technology park in the capital, Nur-Sultan, and offered tax breaks, preferential loans, and grants to anybody prepared to set up shop there.

The uptake has been moderate so far, but the hope is that the Russian brain drain will give this initiative a major shot in the arm.

“The accounts of Russian companies are being frozen, and their transactions do not go through. They are trying to keep customers, and one available opportunity is to go to Kazakhstan,” said Arman Abdrasilov, chairman of Zerde Holding, an investment fund in Almaty, Kazakhstan’s business hub.

Not all countries are so eager, though.

“Russian companies or startups cannot move to Lithuania,” said Inga Simanonyte, an adviser to the Baltic nation’s Economy and Innovation Minister. “We do not work with any Russian company with their possible relocation to Lithuania, and the ministry has suspended all applications for startup visas since February 24.”

Security concerns and suspicion that Russians might spy or engage in cyber mischief abroad make some governments wary about welcoming the country’s economic refugees.

“The IT sector in Russia is very closely connected to the security services. The problem is that without an extremely strong vetting process, we risk importing parts of the criminal system of Russia,” Lithuanian political analyst Marius Laurinavicius told The Associated Press.

Siniushin, the managing partner at Untitled Ventures, is urging Western nations to throw open their doors so their employers can take advantage of the unusual hiring opportunity the war created.

“The more talent that Europe or the United States can take away from Russia today, the more benefits these new innovators, whose potential will be fully realized abroad, will bring to other countries,” he said.

Follow AP’s coverage of the war in Ukraine at https://apnews.com/hub/russia-ukraine