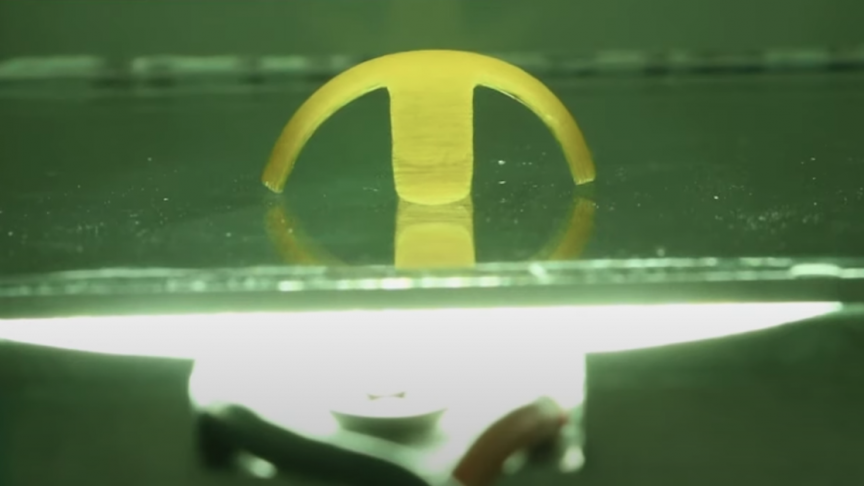 An impressive new aquatic robot runs “without complex hardware or electricity”. Developed by researchers at Northwestern Unversity, the robot moves with agility — inside a water-filled tank — thanks to light and magnetic fields.

The centimeter-sized robot, which resembles a four-legged octopus can pick up and transport small cargo, and can even “breakdance” to release stickier objects from its grasp, the researchers behind the project say.

The soft robot walks in the direction of an external rotating magnetic field. “The potential is nearly limitless in chemical production or as smart biomaterials for medicine,” the researchers state in a video showcasing the robot.

As per the researchers, the prototype robot was built to recognize and remove unwanted particles in specific environments as well as to deliver bio-therapeutics to aquatic tissues. Their research was published this month (Dec. 9) in the journal Science Robotics.

The robot is made of 90 percent water embedded into a skeleton of aligned nickel filaments that are ferromagnetic. The soft component is a “molecularly designed network with parts that allow it to respond to light, hold or expel water in its interior, and have just the right stiffness to respond rapidly to magnetic fields,” the researchers say.

Using chemical synthesis, the team from Northwestern University programmed the molecules within the hydrogel to respond to light.

When exposed to light, the robot’s molecules become hydrophobic, meaning they repel water. This causes the robot to bend into an upright position, which the researchers found makes it easily controllable via rotating magnetic fields — giving it its ability to walk fast.

“Conventional robots are typically heavy machines with lots of hardware and electronics that are unable to interact safely with soft structures, including humans,” said Samuel I. Stupp, professor of Materials Science and Engineering, Chemistry, Medicine and Biomedical Engineering at Northwestern. “We have designed soft materials with molecular intelligence to enable them to behave like robots of any size and perform useful functions in tiny spaces, underwater or underground.”

Previous work from the same researchers allowed for a robot that could bend and move over much larger time scales — it would take 12 hours to take one step. Now, the new research allows the same technology to walk at human speed — roughly one step per second — in a specifically programmed trajectory.