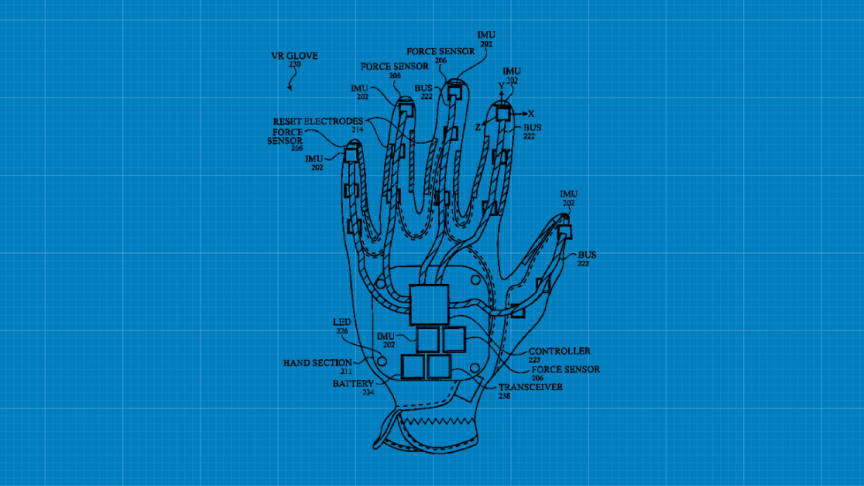 Two years in the making and finally Apple wins a patent approved by the U.S. Patent and Trademark Office for its idea of an advanced VR glove that’s IMU-based.

Capable of measuring the wearer’s movement of each finger and thumb bones, the now-patented glove made with smart fabric technology could prove extremely useful in the spheres of gaming, education, and military training.

Overall, a lot of products become patented but not all of them reach full fruition. Apple is known for having a plethora of ideas, given the forward-thinking and innovative minds working at the company, but even they don’t always release products based on their patents.

That said, it shows which direction Apple is looking in, and it’s an exciting one.

This particular glove’s patent outlines the wide uses it could offer, ranging from gaming to military training.

According to Apple’s new patent, VR/AR/MR technology can be simulated through one or more devices. For instance, one electronic device could be a VR headset through which the user can view its simulated environment. Another device could include VR gloves, which enable the user to touch, feel, and hold objects in real-time.

For such a scenario, the need for accurate VR gloves is high, thus the importance of this patent.

On top of feeling and touching objects, the gloves could also include magnetometers that show the direction of the geo-magnetic field. Or, through the use of IMU’s, which could include one or more motion sensors, the user’s finger bones’ motions could be measured.

Read the patent in full here for full details of the VR glove.