Apple To Build a “Mini Silicon Valley” in Germany 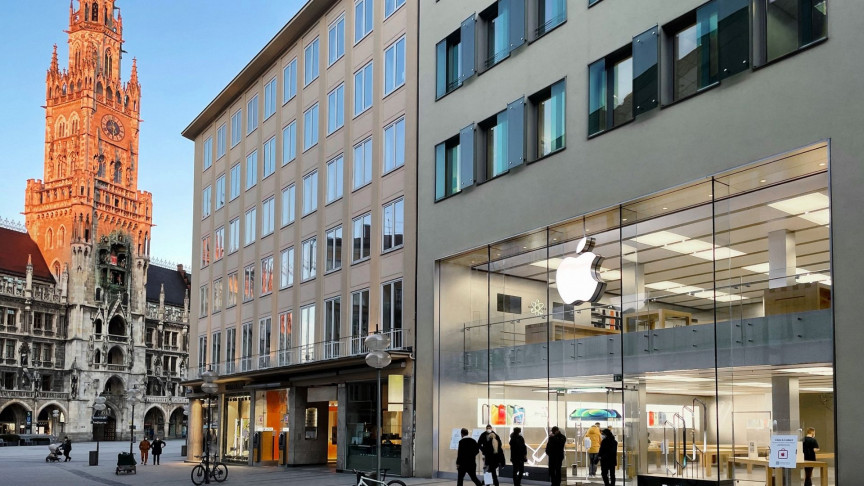 Apple announced today its plans to keep growing its roots in Germany, with a big focus on a new facility in Munich that will focus on 5G and future wireless technologies.

Hundreds of new Apple employees will join the company’s ranks in its upcoming facility in Munich, as it’s selected the city to be its European Silicon Design Center.

The city is already Apple’s largest engineering hub in Europe, with some 1,500 engineers from 40 countries employed there, working in areas such as power management design, application processors, and wireless technologies.

This Munich expansion, as well as extra investment in R&D, will cost Apple over 1 billion euros ($ 1.1 billion) over the next three years alone.

“I couldn’t be more excited for everything our Munich engineering teams will discover — from exploring the new frontiers of 5G technology, to a new generation of technologies that bring power, speed, and connectivity to the world,” Tim Cook, Apple’s CEO, said in a press release.

“Munich has been a home to Apple for four decades, and we’re grateful to this community and to Germany for being a part of our journey.”

Apple’s current facility in Germany, the Bavarian Design Center, opened in 2015 and already employs over 350 engineers. These teams have primarily focused on power management design, and have played a vital role in the company’s efforts to deliver multiple power management unit chips.

Moreover, thanks to their efforts, these teams created custom silicon, greatly improving the efficiency and performance of the iPhone, iPad, Apple Watch, and Mac thanks to the M1 chip.

Since then, Apple has increased its facilities across Germany, and currently, about half of Apple’s global power management design team is located in the country. So it’s easy to see the company’s focus on growing its capabilities in Germany.

Munich’s upcoming 7.4 acre (30,000 sq. meter) facility will be where Apple’s expanding cellular unit is based, as well as Europe’s largest R&D site for mobile wireless semiconductors and software, per the press release.

The plan is to start moving into the new facility by late 2022, and the architecture and gardens will showcase local materials. As with all global Apple offices, Munich’s facility will run entirely on renewable energy.