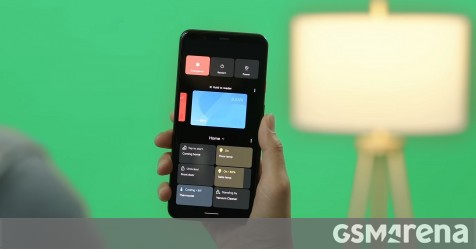 Google is now rolling out the stable build of the Android 11 update for Pixel phones. This includes the Pixel 2, Pixel 3, Pixel 3a, Pixel 4, and Pixel 4a series of devices.

The update can be downloaded by heading into Settings > System > Advanced > System update. You can find the factory images here and the full OTA images here.

Android 11 features several new features, many of which are focused around messaging and notifications. The notifications will now show a separate section for messaging apps, which will help separate messages from other notifications on your phone. The new Bubbles feature, an absolute rip-off of the Facebook Chat Heads, will show floating elements on the edge of the screen, which houses recent chats from all your messaging apps.

Android 11 also features a new screen recorder feature. This has been included by most third-party OEMs by now within their software but will be new to Pixel devices.

The power button menu has been completely overhauled. Now you will see all of your smart home devices when you press and hold the power button. It will also show your payment options to quickly make payments with NFC readers.

The media controls have also been revamped, with a UI reminiscent of iOS. The media player notification will now let you quickly switch the audio output device between your phone speaker, your headphones, or a Chromecast enabled device nearby.

Android Auto is now wireless on Android 11, as long as your vehicle’s audio system is compatible.

On the privacy side, Android 11 introduces two new features. You can now grant one-time access to permissions to apps. This way, you don’t have to worry about manually disabling the permission after you are done using the app or wonder if it is using it in the background. Second, if an app hasn’t been used in a while, Android will automatically revoke its permissions so it doesn’t keep accessing data in the background.

Google is also increasing the number of security and privacy updates that can be sent to your device through Google Play, so your phone doesn’t have to get a full OS update for them. These updates can just be patched in the background like app updates.

For Android Enterprise users, Android 11 gives a new work profile that lets the IT department ways to manage the device without accessing your personal profile information.

Finally, Pixel device owners will also get some exclusive features, like app suggestions on the home screen based on your daily routines, and new overview actions that allow you to take a screenshot of an app and select text and images, and more.

Other than Google, OnePlus, Oppo, Realme, and Xiaomi are also making their Android 11 update available today. However, there is a catch. Unlike Google, these OEMs are only offering a public beta today. Secondly, these updates are only available on a handful of devices and in case of Realme, only to the first 100 people.

The list of devices getting these open public betas includes the following. Click the links to go to their respective download/instructions page.