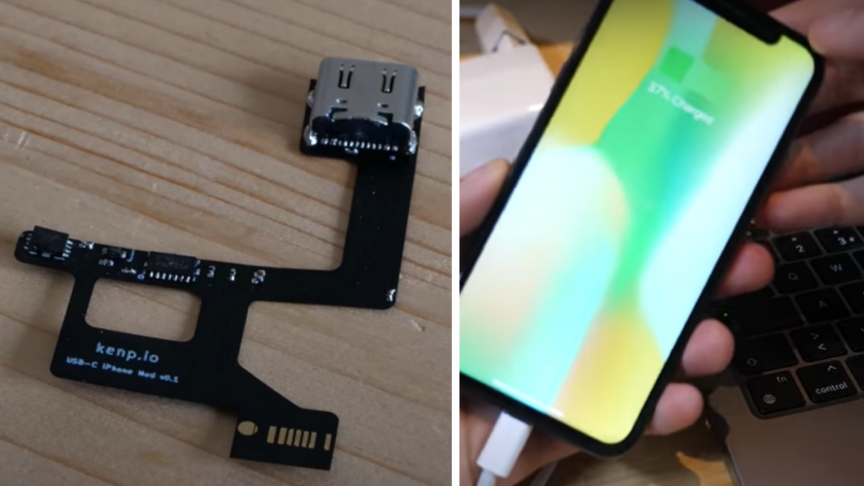 As the European Union pressures Apple to switch to a unified charging cable like other smartphone manufacturers, an engineering student has led the way to show how it can be done. The effort took months to come to fruition, says Apple Insider, who first reported the story.

Apple has already started moving some of its products to USB-C ports but its popular iPhone will sport the Lightning connector even in its latest version. Whether the company will fight out the EU mandate or simply follow it remains to be seen, but a robotics student at the Swiss Federal Institute of Technology, Ken Pillonel, has released a video showing how it can be done.

This is just a teaser to the actual video of how it can be done, which Pillonel is currently still editing. However, in a blog post, Pillonel has detailed some of the pains he has gone through to make this a reality and also provided some details on how Apple even controls what MFI cable manufacturers know about its Lightning ports.

To rework the Lightning port on the iPhone, Pillonel first needed to understand how it works and spent long hours opening up the Apple cables, which he claimed are “built like tanks.” After much effort, Pillonel did manage to unravel the PCB of the C94 port that Apple uses and has shared an image of what it looks like.

He then managed to reverse engineer the port on a board that was way too big to be put inside the iPhone. After months of effort, he claims to have not only managed to put it in but also charge the phone and transfer data from it.

While we wait for the full video to be released, it is unclear whether the master’s degree student will publicly release how this can be done. It is abundantly clear that making such a switch on your iPhone will void any warranties that you are currently under. But in the future, when Apple does eventually switch to a USB-C port and your beloved iPhone X breaks down, you might know where to look for a person who could power it up once again.