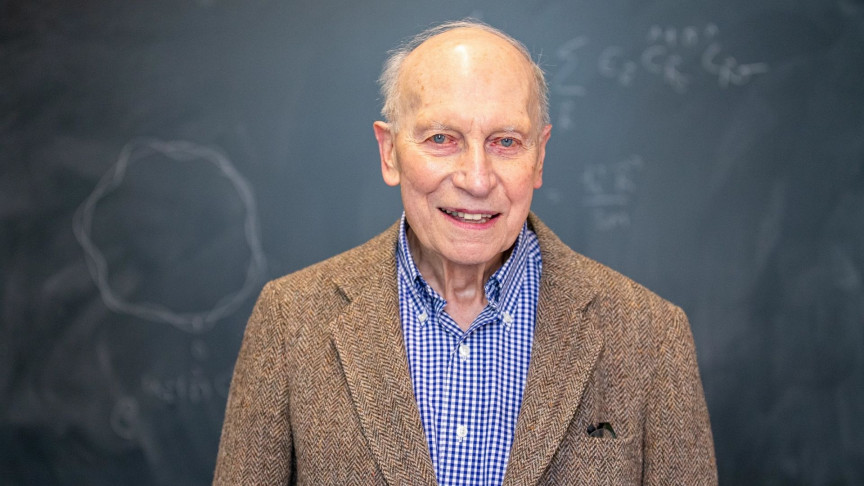 Vienna-born Manfred Steiner is no ordinary student. At 89 years of age, Steiner has not only completed his Ph.D. in physics at Brown University but is now working on a publication based on his 150-page dissertation. In September, Steiner defended his Ph.D. thesis, titled the ‘Corrections to the Geometrical Interpretation of Bosonization’, a university press release said.

Becoming a physicist was a childhood dream for Steiner. Growing up in Austria during the horrors of World War II, Steiner’s mother and uncle advised him to take up medicine. Steiner completed his doctorate in medicine from the University of Vienna in 1955 and then went to Washington D.C. in the U.S. to study internal medicine, followed by training in hematology – the study of blood-related disorders. After a three-year training in biology at the Massachusetts Institute of Technology, Steiner earned a Ph.D. in biochemistry in 1967, the press release said.

Steiner worked as a hematologist over the next few decades, working on medical research at Brown University while finding time to keep his interest in physics alive by attending lectures in quantum physics, prior to his retirement in 2000. But it was only after his retirement that Steiner could dedicate more time to learning physics. At the age of 70, he enrolled as a special student at Brown University’s undergraduate program in physics.

Steiner’s progress was relatively slow as he took only one or two classes every semester and was also faced some medical issues. But by 2007, he had gathered enough credits to be enrolled into a graduate program and began his search for a ph.D. advisor. He met Brad Marston a condensed matter theorist who gave Steiner a rather difficult problem to solve.

As Marston explains in the press release, the universe consists of fermions and bosons and are classified as such, depending on the type of angular momentum of ‘spins’ they possess. With half-integer spins, electrons are fermions while photons with their complete spins are bosons. However, under special circumstances, fermions can be characterized as bosons, which physicists call bosonization and have used for solving one-dimensional problems. Steiner’s project included addressing the limitations of bosonization when applied to two or three-dimensional problems, Marston said.

Having defended his thesis and currently working on publishing it, Steiner wants to continue research in the domain to keep his brain sharp. Steiner does not regret the time he spent doing medicine but becoming a physicist was his childhood dream and he is “on top of the world” now that he has achieved it. For others, he has the same message, “If you have a dream, follow it.”