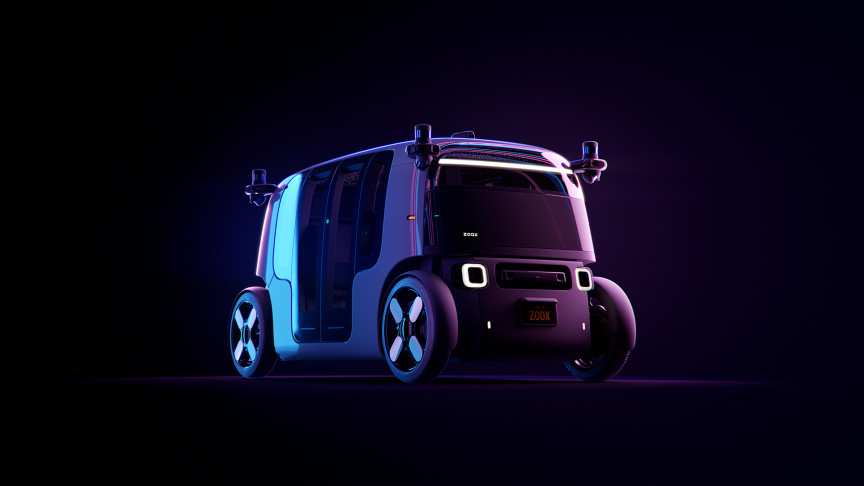 The future of ride-hailing is here and it is brought to you by Amazon start-up Zoox. On Monday, the firm unveiled a prototype of its new ride-hailing “robotaxi” and made headlines around the world.

RELATED: SONY IS PLANNING TO LAUNCH AN AI-BASED RIDE-HAILING SERVICE IN JAPAN

A sight to see

The new electric and driverless vehicle is quite a sight to see. It differs from regular autonomous vehicles in that it does not look like a regular car.

It has no steering wheel and can drive either forward or backward depending on its destination at a maximum speed of 75 miles per hour (120km per hour), the firm says. Inside, it has four seats that all face each other to encourage passengers to hold conversations and specialized airbags for each seat, citing safety as a key focus for the company.

It also has no brakes! Zoox claims that that is a feature only necessary for human-driven cars. In terms of endurance, it boasts an unusually large battery (133kWh).

This is roughly twice the size of most electric vehicles on the market today and should enable the vehicle to function for 16 hours straight. Zoox hopes its new car could transport passengers all day stopping only to recharge at night time.

“You want a robotaxi driving as much as possible, and idle as little as possible,” Zoox chief technology officer Jesse Levinson explained to CNN Business.

Zoox is now testing its vehicles although it won’t reveal where. It did state that it does not plan on selling them, focusing instead on providing a ride-hailing service.

There’s no word yet on when these robotaxis will be considered safe enough to use on public roads but the firm did reveal it won’t be in 2021, reports Bloomberg Television.

One thing is for sure, however, the robotaxis when released will be revolutionary.

“This is really about re-imagining transportation,” Zoox Chief Executive Officer Aicha Evans told Bloomberg Television. “Not only do we have the capital required, we have the long-term vision.”

Executives also shared that the new rides would be” affordable” and cost-competitive with Uber and Lyft. Zoox was founded in 2014 and acquired by Amazon in June for an undisclosed amount.