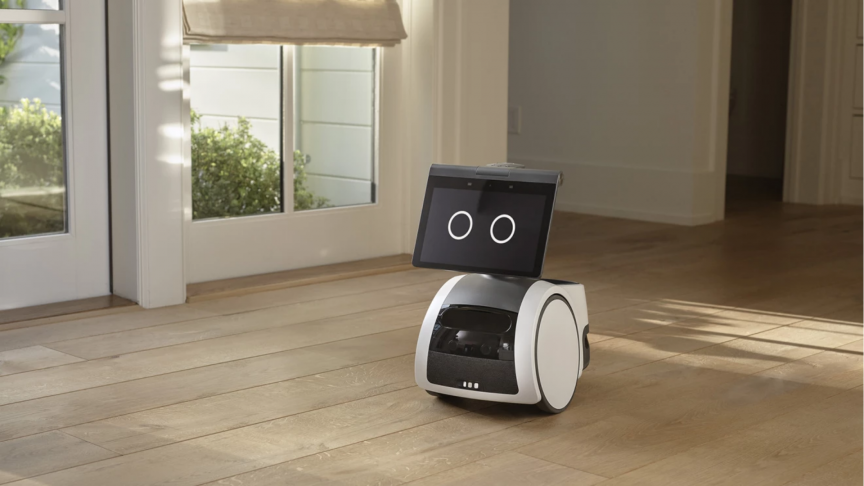 After bringing Alexa, a smart voice assistant, into your lives, Amazon moved on to the next big thing: a robotic assistant that can keep an eye on the house while you’re away. Dubbed Astro, Amazon claims that its newest robot brings together advancements in “artificial intelligence, computer vision, sensor technology, and voice and edge computing” but it could end up being a nightmare, and we’re not just talking about privacy.

Astro has been designed to be your eyes and ears while you are away. Unlike close-circuit cameras that offer you live feeds, Astro is smart enough to respond to certain triggers such as a fire alarm or the sound of glass breaking and send a notification to your phone to alert you.

For those taking care of elderly relatives, Astro can serve reminders and even help you virtually drop in and check on your loved ones with a video call. When at a store, you can even ask Astro to check the cupboard for ingredients you need to prep dinner. It can also patrol your house while you’re away on a vacation.

While at home, Astro is the personification of Alexa and can be instructed to follow you everywhere providing weather updates, playing music and podcasts, and even handling phone calls for you. Instead of reaching for your phone, you can simply ask Astro to capture the moment for you.

Amazon is offering Astro for an introductory price of $999 but documents about its development were leaked to Vice which reveals that the device is “fragile” and deeply flawed.

It begins with the floor plans and recognizing objects in the house like furniture or pets and then moves on to understanding the safe zones to move around. This requires the mapping of customer behavior to know areas of the house that are frequently visited and when.

When Amazon simplistically claims that Astro can serve reminders to specific people, it does not elaborate on the process of how the robot knows and recognizes the people in the household. This requires the robot to first record the facial and voice characteristics of individuals in the house and scan for deviations to “identify strangers,” a feature Amazon is boasting about.

However, a developer who worked on the robot told Vice that the facial recognition on the device works poorly, which is likely to trigger the ‘Sentry’ mode in the robot that will make it eerily follow people around and record audios and videos of them that it will upload to the cloud as part of its investigative efforts.

Amazon claims that once marked as an ‘out-of-bounds’ zone, Astro will not visit these demarcated areas. However, developers told Vice that the robot will hurl itself down a flight of stairs at every opportunity that is presented and is not designed to handle such an assault.

Vice also reported the developers stating that the mast on the device has broken on multiple occasions during testing and marketing the device for ‘accessibility purposes’ is ‘absurdist nonsense and marketing’ and “potentially dangerous.”

Interesting Engineering has reached out to Amazon for further comments on the new robot.