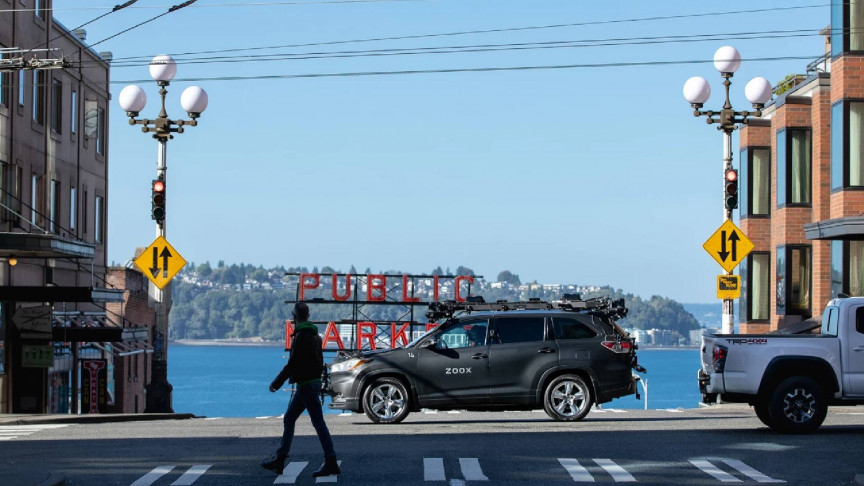 It was in December of 2020 that we first brought you news of Amazon’s ride-hailing bidirectional autonomous vehicle called Zoox. At the time, it was quite revolutionary and it made headlines around the world.

Since then Amazon has been busy testing its autonomous L3 and L5 vehicles (all-wheel drive Toyota Highlanders that are outfitted with the latest software stack) on the streets of Las Vegas and the San Francisco Bay Area and the vehicles have performed rather well. That’s why the firm has decided to expand its horizon and bring Zoox to Seattle where the weather is inclement.

“A smooth sea never made a skilled sailor, and it’s the exact same principle for our technology,” said Kai Wang, director of prediction at Zoox, in a statement. “The challenges of the Seattle area will let us hone our software stack and ultimately improve the behavior of our vehicles.”

The trials will of course see the company’s L3 and L5 vehicles equipped with a safety driver to take control if needed take on the often rainy and smog-filled streets of Seattle. Zoox will also gather data from its new experiment so the firm can “learn more from every mile on the road.”

Zoox boasts a series of vehicle sensors that collaborate to build a picture of their vehicle’s surroundings and appropriately guide the vehicle’s journey. Seattle will allow the firm to test these sensors in the less than sunny conditions the vehicles have thus far been used to in Las Vegas and San Francisco.

But that’s not all this data will be useful for. It will also inform the company’s Calibration, Localization, and Mapping, Simultaneously (CLAMS) and Zoox Road Network (ZRN) teams. These two teams will produce a 3D map of the city complete with all its features such as speed limits, traffic lights, and bike lanes.

This means that when Amazon’s autonomous vehicles will finally be deployed in Seattle, they will be ready to go!