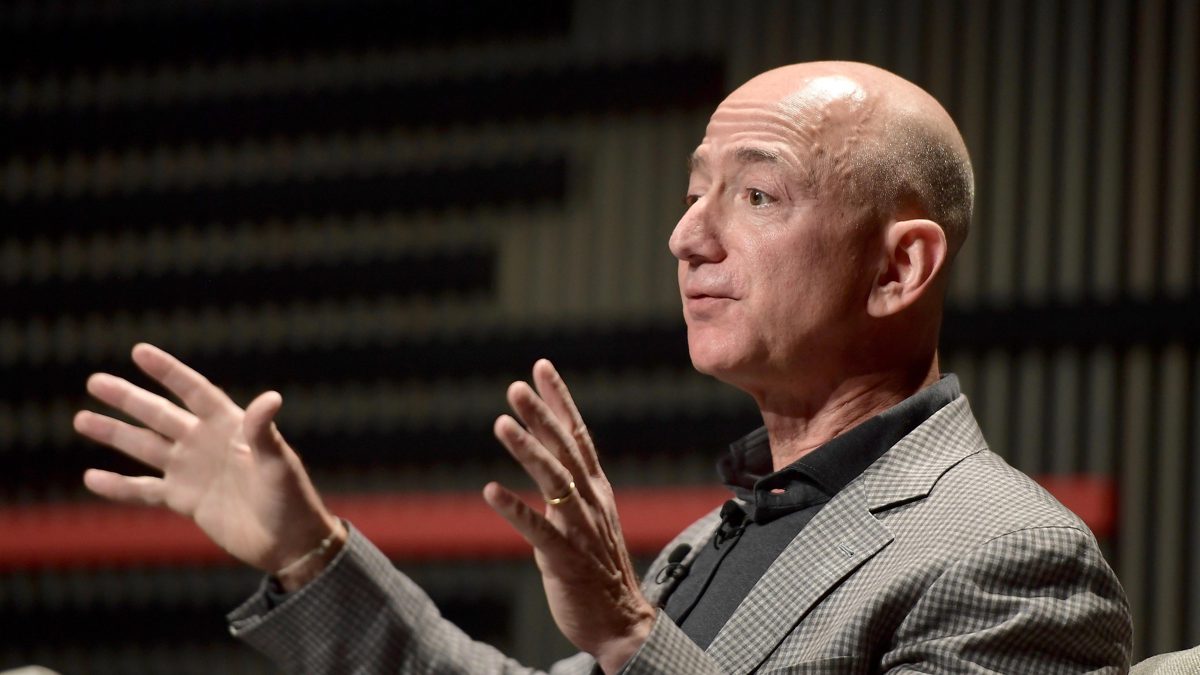 Amazon CEO Jeff Bezos is calling out racist customers who are outraged over the company’s support for the Black Lives Matter movement.

On Sunday, Bezos shared an email from a customer named “Dave,” which contained racial slurs and claimed Amazon’s Black Lives Matter support would ruin the company. “White America is sick and tired of this … bullshit,” the email says. “I canceled my order and I know for a fact I won’t be the only one.”

On Instagram, Bezos called the email “sickening, but not surprising.” However, rather than ignore or delete the message, Amazon’s CEO decided to publicize it. “This sort of hate shouldn’t be allowed to hide in the shadows. It’s important to make it visible. This is just one example of the problem. And, Dave, you’re the kind of customer I’m happy to lose,” Bezos wrote.

Since last Thursday, Amazon’s website has displayed a Black Lives Matter banner on its homepage to support the George Floyd protests. But not every customer is a fan. On Friday, Bezos shared another customer email that called the BLM support “disturbing” and “offensive.” “I’m sure you’ll be hearing from others. ALL LIVES MATTERS!” the email went on to say.

Bezos tried to correct the customer. “‘Black lives matter’ doesn’t mean other lives don’t matter,” he wrote in response. “Black lives matter speaks to the racism and the disproportionate risk that Black people face in our law enforcement and justice system.”

The two Instagram posts from Bezos also represent a shrewd PR move. CEOs across the tech industry, including Facebook’s Mark Zuckerberg, Google’s Sundar Pichai and Apple’s Tim Cook, have all been declaring support for the black community, and pledging to spend millions to help fight racial injustice.

But in Amazon’s case, not everyone is buying Bezos’ support for Black Lives Matter. In March, the company fired a black employee, Chris Smalls, for organizing an Amazon warehouse walkout to protest the lack of COVID-19 protections at the site. A leaked internal memo from Amazon later revealed the e-commerce giant sought to smear the fired employee to discredit his claim.

“Actions speak louder than words. Amazon’s words mean nothing when they are firing Black employees organizing for better working conditions, when leadership planned racist smears against Chris Smalls, calling him ‘not smart or articulate,’” tweeted a group of Amazon employees critical of the company’s policies last week.

Other activists take issue with Amazon’s efforts to integrate the company’s Ring video doorbell technology with local police departments. “You can’t say you’re for #BlackLivesMatter while still building your 1,330 police department partnerships that fuel and profit off of daily anti-Black violence,” tweeted Athena, a coalition of activist groups devoted to regulating the e-commerce company.